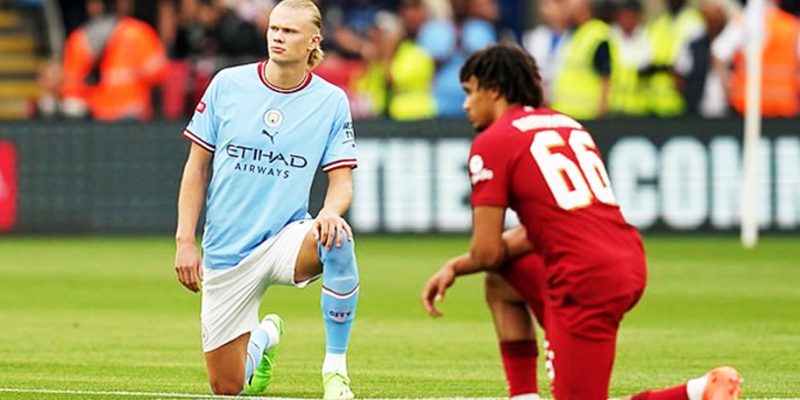 Premier League clubs want to stop taking the knee in every match this season amid concerns the gesture has lost its gravitas. At a meeting last Thursday between all 20 Premier League captains it was agreed that players only wanted to take the knee in selected matches this campaign, according to Mail Plus.

Any decision on the anti-racism symbol is due to be ratified and announced by top-flight clubs later this week.

Players are still likely to take the knee during prime-time television fixtures and local derbies – but the top-flight skippers are eager not to overuse the gesture in fear that it loses all meaning.

Despite last Thursday’s agreement, there reportedly remain a few Premier League captains yet to discuss the plan with their respective squads.
The Premier League have said they will support whatever decision is reached by the players but only once each squad has been consulted.

It is expected that the governing body will then make an announcement ahead of the opening game of the season, which sees Arsenal travel to Crystal Palace on Friday.

Meanwhile, newly-promoted Bournemouth have confirmed to Sportsmail that their squad will not perform the gesture in any match this season, feeling that the motion has ‘run its course’.

The gesture, initiated both to raise awareness for Black Lives Matter and stamp out racism in football, has been commonplace at the start of every Premier League match since June 2020.
Credit: dailymail.co.uk