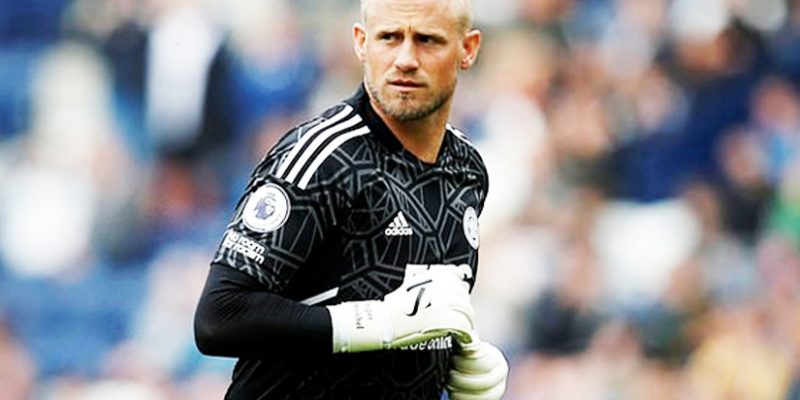 Kasper Schmeichel is closing on his move to Nice after 11 glorious years at Leicester City.

The 35-year-old is expected to undergo a medical over the next 48 hours after getting the blessing of manager Brendan Rodgers to seek a new challenge.

Schmeichel was left out of Leicester’s friendly against Sevilla on Sunday and afterwards, Rodgers confirmed it was very possible he would leave before the start of the Premier League season: ‘Absolutely (it is a possibility Schmeichel may not start the season in goal). There’s nobody here guaranteed to play.

‘He’s been a great player for me in my time here. He’s been brilliant over many years for the club. But you’re always looking forward and always looking to see where the team can improve.’

Nice, who are advised by former Crystal Palace sporting director Iain Moody, are looking to make some ambitious signings having already added Empoli defender Mattia Viti. They are also in the running for free agent former Juventus midfielder Aaron Ramsey and want to add a winger also.

Leicester have Wales international Danny Ward in reserve but are looking at replacements for Schmeichel.

Rodgers wants to strengthen his squad and is open to selling some of his squad.
Credit: dailymail.co.uk