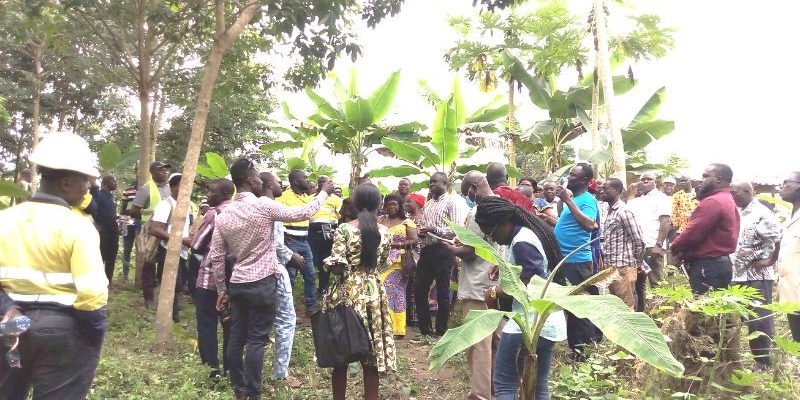 Aboso Gold Fields Limited (AGL), a mining company operating in Damang, last Friday held an open house on rehabilitation plan for the mine to its stakeholders in its host communities, including the Mineral Commission, Environmental Protection Agency (EPA) and others.

The open house is held every two years and allows the mine to host communities in which it operates and regulators to witness its reclamation plan.

This year’s open house saw representation from each of the eight host communities made up of chiefs, queenmothers, elected Assembly Members and opinion leaders touring the mine rehabilitation sites, including tailings sites.

Currently, 1,472 hectares, representing 18% of Damang’s concession of 8,111ha, was disturbed. Out of the disturbed area, 506ha, representing 34%, has so far been reclaimed, even though mining operations was still ongoing.

Other disturbed lands, which have been reclaimed, have been used to plant cashew, rubber, orange, and cabbage amongst other cash crops.

The rubber plantation has about 6,000 trees planted and was expected to be harvested in the next three years.

Before embarking on the tour, the Acting General Manager for Damang Mine, Charles Kofi Nti, pointed out that the policy on reclamation was concurrent rehabilitation.

“We rehabilitate our disturbed areas alongside ongoing mining operations, and do not wait until mining activities cease completely.”

This was because, management remained cognisant of the life of mine plan, and the reclamation security agreement being criteria, the socio-economic activities the land could be put to presently and after mining.

The reclamation plan, according to Kofi Nti, was designed to facilitate the re-establishment of the best possible land uses for the benefits of the local communities.

In that direction, the plan guaranteed a solid foundation for the global ESG Agenda, while returning strong economic value and sustainable livelihoods to the local communities.

He continued that the Gold Fields mine closure planning processes had involved extensive stakeholder consultations, especially in the beneficial land uses areas and re-establishments.

“We are excited to update you and all stakeholders present on the status of the rehabilitation demonstrational projects, with particular emphasis on the rehabilitation of the recently decommissioned tailings storage facility and the rubber estate plantation on our mine.”

As the first mine to ever sign the reclamation agreement with the Government of Ghana and post reclamation bond in November 2000, Gold Fields, he said, strives to show commitment to concurrent reclamation.

The agreement was to ensure that it reclaimed all disturbed mine life “and as part of measures to ensure that adequate funds are readily available at closure for reclamation, we continue to update the reclamation bond posted with the government, through the EPA.”

The current reclamation liability of the mine was estimated at $19.8 million. AGL has, however, posted a security bond of $19.8 million, comprising $7.6 million cash and $12.2 million bank guarantee.

This the General Manger explained means that, in the unlikely event that the mine failed to rehabilitate the disturbed lands, the state could fall on the $19.8 million bond to carry out the agreement.

That aside, he said, the mine continued to set aside $200,000 cash every month with the intention to improve the cash component of the bond and reduce the bank guarantee amount every year.

“As a company, we are committed to transforming the economic fortunes of the host communities through the development of agriculture and other socio-economic activities.”

He continued that mine rehabilitation activities continued to cover the tailings storage facilities, waste rock dumps, and all other disturbed area.

The rubber estate establishment covers these areas and other abandoned sites disturbed by illegal miners. “We hope to expand and develop new areas for the rubber plantation within the disturbed areas.” 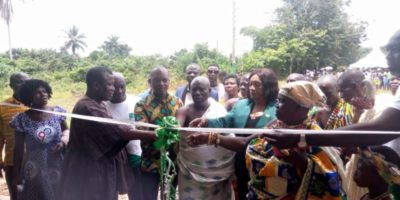 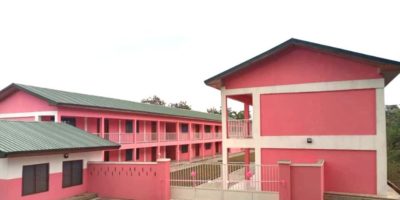 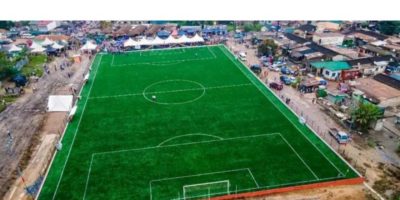 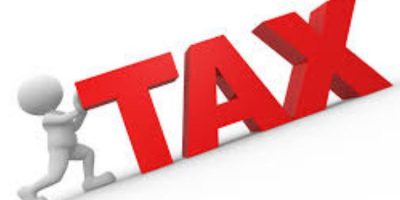 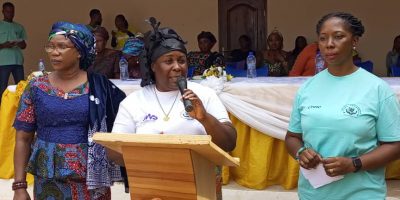 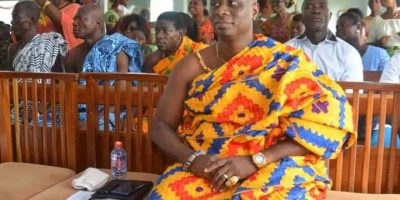