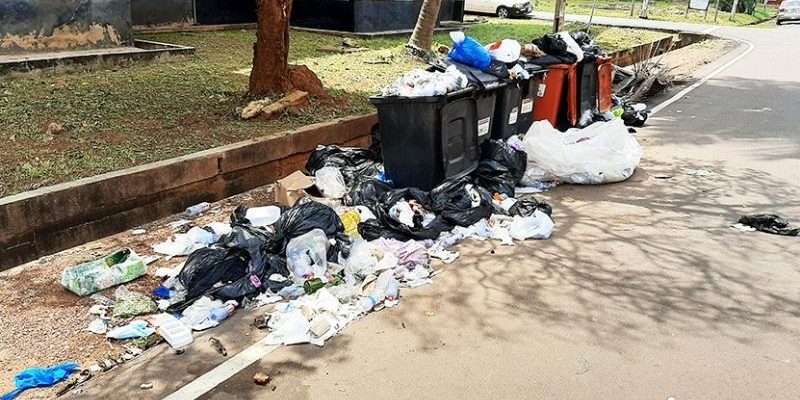 One of the reasons why the various Metropolitan, Municipal and District assemblies decided to out-source refuse collection in their respective jurisdiction was to ensure efficiency. It, however, appears some of the contractors who won the bid to evacuate refuse have failed to live up to expectations.

One of such contractors is Jekora Ventures, which is responsible for the collection of refuse within the Adenta SSNIT Flats and beyond.

According to the residents, for close to two weeks now, the company has failed to collect refuse dumped at the designated places within the flats. Because the refuse has decomposed, it is emitting foul smell in addition to inviting houseflies, which have taken over the place.

The residents told The Chronicle that nobody has approached them to offer any explanation as to why the refuse have not been collected.

They fear the development can result in the outbreak of cholera and other communicable diseases within the flats, which is mainly occupied by public and private sector workers. The residents have, therefore, called on the Adentan Municipal Assembly to rein in the contractor and ensure that all the refuse have been collected to prevent outbreak of any communicable disease.