“Man was born free, But everywhere, He is in chains” – Jean Jacques Rousseau (18th Century Thinker)

When God created man, He had a specific wish for man. He wanted man to be free and happy to tend the Garden, the world, he created for him.

Since God Himself stands for all that is good, indeed, the quintessence of Goodness and love (1 John 4:8), He wished man to follow suit for a peaceful co-existence with his fellow man.

To help man to achieve this, our ancient Christian and Moslem brothers and sisters, who faithfully followed the unblemished lives of Christ and Prophet Mohammed respectively recorded some codes of ethics for him. Hence, the Bible and the Quran.

Perhaps, disgusted by how people use their high national positions to show others where power lies, the immortal Shakespeare laments: “Man, proud man; Dressed in little brief authority, plays such fantastic  tricks before high heavens as make the Angels weep”.

The chains of selfishness, avarice and corruption make some people pathological liars and suffer the consequence of guilty conscience to the extent that they do not feel easy among decent society.

This apart, they forget that they have children and other young relatives under their care, who can emulate them and grow up with the same unruly traits.

How ridiculous it is for people, including those in high places some of whom wear chains of reprehensible conduct to sing the chorus of “The youth are our future leaders.”

Yes, it is the Gospel truth, no mistake about it, but how are we, the grown-ups, their parents, uncles, cousins, grandfathers, etc., preparing them to take up national positions successfully in future?

As the saying of the wise goes, “Nea odi akyire no sua nea odi kan nantee” (the one following you emulates your gait). It is, therefore, nothing bordering on exaggeration to say that the wild and violent behaviours of some grown-ups in homes and in national positions will be replicated by their children in future and the cycle will go on from generation to generation much to the retrogression of their countries.

The chains of fornication

The reason why God created Eve as Adam’s companion is not a secret. It was to enable them to have children to fill the earth.  It was, indeed, a very good reason, which portrayed the uniqueness of God.

This divine instruction, has, however, been brusised and abused to the extent that, even, teenagers and those under teens have taken to fornication, just for the love of it. Grown-ups, who are not ready to raise families in response to God’s instruction are also deep in fornication, sometimes with adverse effects such as unwanted pregnancies, abortions, which in some cases, have fatal results.

As if God was angry with mankind, the world woke up one day to be greeted with the presence of a sexually transmitted disease called AIDS – Acquired Immune Deficiency Syndrome cussed by HIV- Human Immunodeficiency Virus.

This pandemic claimed and STILL, is claiming many unwary victims who continue to wear the chain of fornication, since one of the effective means of infection is through “by heart sex”.

The chain of arrogance

Arrogant behaviour has been known to be a forerunner of many conflicts. People just refuse to admit faults, when they know they are at fault. Such people are dangerous to peaceful co-existence.

They should be reminded of the saying that “Pride goes before fall.” It was, indeed, PRIDE which let the leading Angel of God fall from his lofty celestial position. It was that Pride which let him refuse to apologise to God. Thus, he has, since then become the bitterest enemy of God, always deceiving people and campaigning against the purity of God.

In all our actions, let us always be guided by the biblical admonition as recorded in Proverbs 15:1 – “A soft answer turned away wrath, but grievous words stir up anger.”

The chains of Damaging Gossips

Human tongues and lips are important to our health; cut a little part of each and you can see the difference in speech. How, then, should we misuse the tongue and the lip to cause strife among nations, friends and family members?

Before God, the Supreme Being before whom all knees must bow in reverence, we are all sinful, and cone short of the Glory of God. Let us, therefore, refrain from portraying others as Lucifer himself, while we do not like to be treated so. “And as ye would that men should do to you, do ye also to them likewise” – St. Like 6:31.

Also, “Keep your tongue from evil and your lips from speaking vile” – Psalm 34:13, for “In the multitude of words, sin is not lacking. But he who restrains his lips is wise” – Proverbs 10:19.

Editorial: Voting with feet in Parliament will not address our problems!

Feature: The Best, the Worst and the Most Incompetent 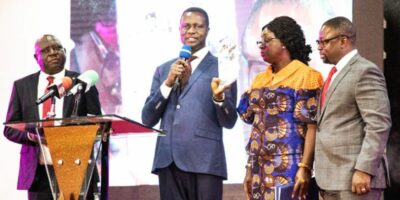 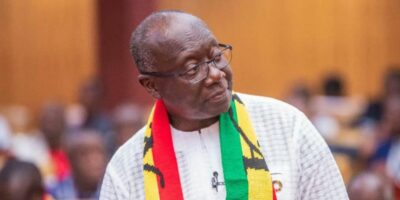