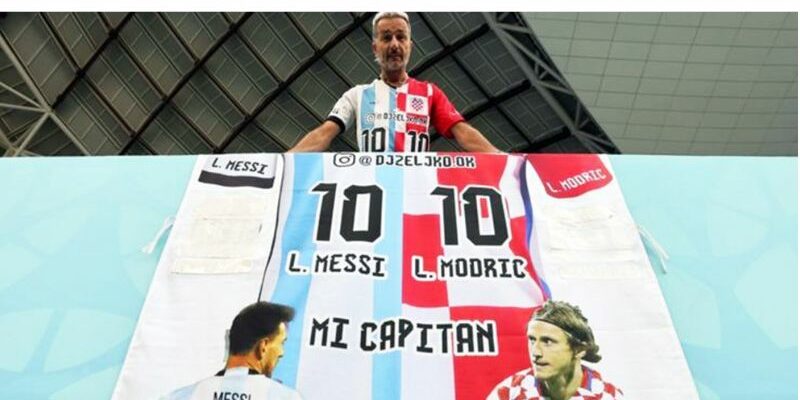 It is hard to look past Argentina’s Lionel Messi and Croatia’s Luka Modric as the two difference-makers in Tuesday’s first World Cup semi-final.

With Paris St-Germain’s Messi now 35 and Real Madrid’s Modric 37, it seems highly likely the final or third-place play-off this weekend will be where their World Cup careers end.

So how do the two compare and which one will lead his country to a final on Sunday?

How do they compare at this World Cup?

Both players have been crucial to their country’s runs at this World Cup, and scored in their quarter-final penalty shootout wins.

Messi took the first kick as Argentina beat the Netherlands, while Modric scored Croatia’s third kick in their win over tournament favourites Brazil.

Modric is the first player to score three penalties in shootouts at the World Cup (also netting against Denmark and Russia in 2018).

In 90 or 120 minutes, Messi has the edge. He has scored four goals and assisted two, while Modric has yet to record a goal or an assist – however Messi plays up front, while Modric operates in midfield.

Barcelona legend Messi scored a penalty against Saudi Arabia, scored and assisted a goal against Mexico and had a penalty saved against Poland in the group stage.

He scored the opener against Australia in the last 16 and assisted the opening goal against the Netherlands in the quarter-final, before scoring from the spot in the 73rd minute – and again in the shootout.

Speaking on BBC One, Martin Keown said: “Lionel Messi just keeps producing. It was a really quality penalty. He is in top form. His confidence and belief is flowing through his colleagues.”

Following Argentina’s victory over Australia, fellow former England defender Rio Ferdinand said: “The best individual performance from a player at this World Cup. It was almost god-like. I’ve not seen anything like this.”

And former Argentina team-mate Pablo Zabaleta said: “I think Messi knows that this is his last World Cup and you can really see that he is enjoying it.”

“We thought it would be his last World Cup,” the ex-England defender said on BBC One. “Some of the passes he made, controlling the tempo – he dictated at his pace and Brazil didn’t know what to do.”

Modric was replaced before the penalties in Croatia’s last-16 shootout win over Japan – but stayed on against Brazil.

“Again, Luka led for 120 minutes and was at the head of the team,” Croatia boss Zlatko Dalic said. “It is unbelievable how he plays for his age, and he was not tired.

“When we fell behind, we were thinking of replacing a midfield player and asked him what his situation was. He said he was still fully ready. He showed again that he is one of the best players in the world.”

Messi has had more shots (25) and efforts on target (12) than anybody else in the World Cup – with France’s Kylian Mbappe, his Paris St-Germain team-mate, second on both counts. Mbappe leads him 5-4 in the race for the Golden Boot.

Only four players have made more successful passes in the final third than Modric’s 201; Messi is eighth on the list with 171. Modric has made the fifth-most crosses, 28, in the tournament.

Modric has also impressed further back on the pitch, with only two players having won possession more times (39) or made more interceptions (eight) than the Croat.

In the much less scientific BBC Sport player ratings, as selected by our readers, Messi’s average over five games is 7.01, with Modric on 7.46.

How do their international legacies compare?

The past two World Cup finals have seen one of these two on the losing side.

In 2014, Messi’s Argentina lost 1-0 to Germany and Mario Gotze’s extra-time goal. Four years ago, Modric’s Croatia were beaten 4-2 by France.

Both won the Golden Ball, the award for the tournament’s best player, in the process. And both have potential milestones to reach in Tuesday’s game.

Messi will equal Lothar Matthaus’ record for the most World Cup appearances (25). He would then break the German’s record at the weekend in either the final or the third-place play-off.

Messi has scored 10 World Cup goals. Only seven players have managed more – with Germany’s Miroslav Klose top on 16. He is just one behind Hungary’s Sandor Kocsis and German Jurgen Klinsmann, and two behind Pele.

He already holds the record for most assists in World Cup knockout games, passing Brazil great Pele’s old record of four in their last game.

Messi has both scored and assisted a goal in three different World Cup matches, including two this year. Since that data was first recorded in 1966, no player has done so in four games.

Modric will become the oldest outfield player to start six games at one World Cup – beating Brazil wing-back Nilton Santos, who had just turned 37 in 1962.

He has made the most World Cup appearances (17) and most appearances at major tournaments (30) for Croatia – before this semi-final.

Messi has one Copa America to show for his international career, while Modric has yet to win a trophy.

There is also a nice symmetry between the players’ careers. Messi scored his first Argentina goal and Modric made his Croatia debut in the same game – a friendly between the sides in March 2006, which Croatia won 3-2.

How about their overall careers?

This semi-final will be the 1,002nd game of Messi’s career for club and country. He has scored 790 goals and made 339 assists.

Modric’s career figures are more difficult to be certain of with spells in Croatia and Bosnia-Herzegovina for Dinamo Zagreb, Zrinjski Mostar and Inter Zapresic not as well documented.

Both have won the Ballon d’Or, Messi seven times and Modric in 2018. Portugal legend Cristiano Ronaldo and France striker Karim Benzema are the only other players to win it since 2007.

Modric has won five Champions Leagues to Messi’s four – while both have won league titles in two countries.

This will be the 27th time they have faced each other, with 22 of those coming in El Clasico meetings between Barcelona and Real Madrid. Modric has the edge with 12 wins to Messi’s nine.

Sadly, both players will retire in the coming years, so we should enjoy them while they are still going.

Morocco’s En-Nesyri jumped 9ft 1in to score against Portugal, higher than Ronaldo’s famous leap for Juventus 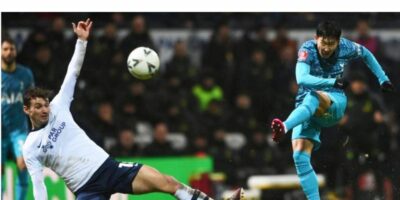 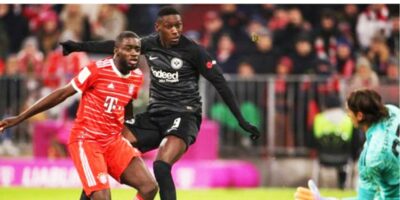 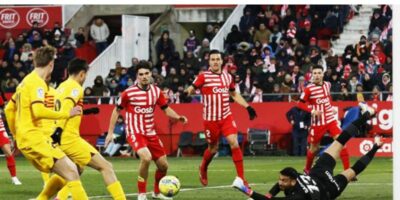 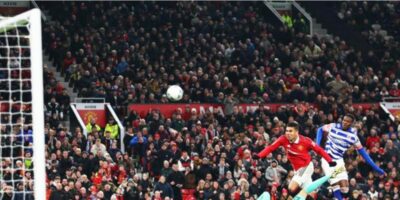 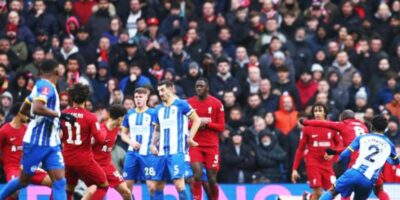 Brighton knock holders Liverpool out of the FA Cup 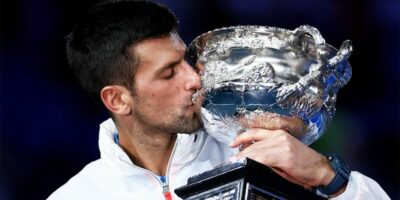