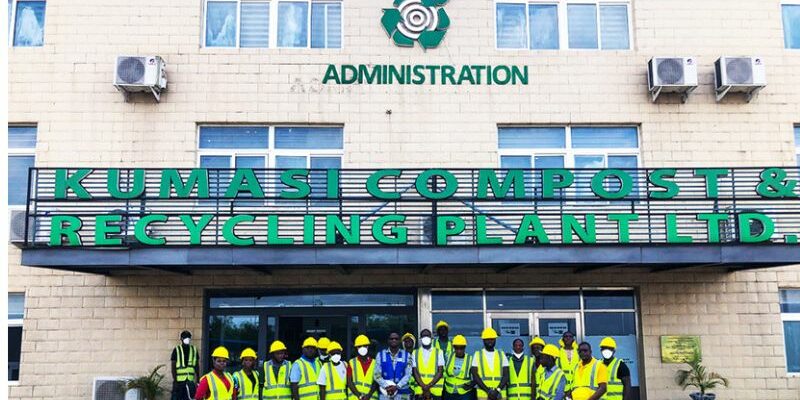 . The General Manager of KCARP, Mr Samuel Ntummy, in a group photograph with the Parliamentary Press Corps

Ghana will soon cash in on the 840,000 tonnes of waste it produces per year, as the Jospong Group of Companies explore the waste recycling and compost business. 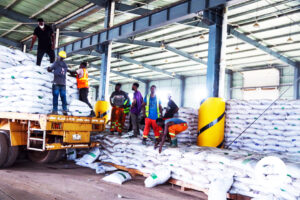 The group has invested massively in the establishment of waste recycling and compost plants that would ensure that organic, plastic, metal, leather and other waste materials produced in the country are recycled into other valuables for sale and use.

Already, the group has commenced work on the Accra and Kumasi Compost and Recycling Plants and is putting up twelve Integrated Recycling and Compost Plants (IRECOP) in the remaining twelve regions in the country.

However, due to the capital intensive nature of setting up the plants, the group is calling on the government to intensify its support to the company, to enable it deliver on its promise to the people of Ghana.

Communications Officer, Zoomlion Ghana Limited, Mr Adams Mohammed Mahamasaid “waste management is a partnership between government and the private sector. We cannot do it alone and they cannot also do it alone, and that’s why we have collaboration. 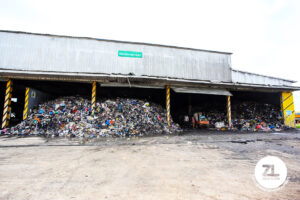 The tunnel where waste is first deposited

“You have seen the massive infrastructure that we are putting in place…we are just calling on the government to help us, support us like they have been doing over the years to ensure that such projects and more will come onboard.”

He noted that, the group has a lot of projects it would be embarking on in 2023 and the years ahead, and observed that government’s support will really be helpful to the growth of the business.

“We have a lot of projects that we are bringing next year and the years ahead of us, so all we are telling the government is that we thank them very much for the support they have been giving us over the years and we are just telling them to give us massive support.”

Mr Mohammed Mahama made the call when he addressed the Parliamentary Press Corps, who were on a tour to inspect the work done so far, with regards to the IRECOP projects, which is being funded partly with the Sanitation Levy.

In 2021, Government announced the introduction of the Sanitation and Pollution Levy of 10 pesewas to help address the issue of sanitation in the country.

The money was to be incorporated into a proposed fuel levy and the rate will be charged on the price per litre of petrol/diesel, under the Energy Sector Levies Act (ESLA). 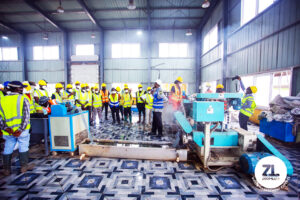 The media receiving briefing on how plastics are melted

The plants have been designed to receive, sort, process and recycle Municipal solid waste to produce organic compost for agronomic processes in Ghana and the sub-region. Other recoverable materials such as plastics and metal scraps will serve as input materials for the steel and plastic manufacturing sectors.

Stages of completion of some IRECOP plants

The IRECOP plant is situated in a community called Nwanwasua. A test run has already been carried out and the facility, which has the capacity of recycling 600-800 tonnes of waste a day, is set to begin operation by the end of the year.

According to the Private Jobs Manager at the site, Mr John OtiOtchere, the facility will provide about 80-100 direct jobs, whilst  indirect jobs will be between 400-500, adding that preference will be given to the local folks.

The IRECOP plant is situated in the capital town of the region – Goaso.  The facility is set to recycle 400 tonnes of waste a day. 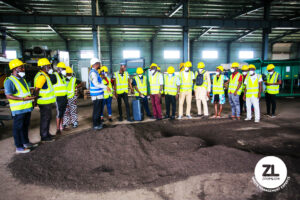 A sample of compost ready for bagging

Like the Bono region, this facility would also provide direct employment of 80-100, whilst indirect employment will be over 400, according to Mr Edward Dzida, Ahafo Regional Manager for the Jospong Group.

Mr Dzida noted that the facility will ensure that a huge percentage of the employees, ranging from the technical team to those who will be engaged to do the sorting of the waste will be local folks.

Damango, the capital town of the Savanna region is where the IRECOP facility is situated, whilst that of the Northern region is located in Tamale.

The Tamale plant, when completed, would be one of the biggest facilities in the country, but that of Damango would be able to process only 200 tonnes of waste a day. 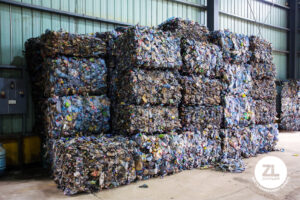 The facility commenced operation in October 2020 and has so far provided 300 direct employment and 400-500 indirect jobs to residents of the Ashanti region.

Due to the high demand, the group has installed another plant, which would start operation soon and increase direct employment from 300 to 450 whilst that of indirect employment will be between 800-1000.

Benefits of the project

Giving a summary of the benefits of the IRECOP projects, General Manager of KCARP, Mr Samuel Ntummy said the compost/fertilizer produced is one of the best, because it is able to supply nutrients for two years.

He said, the fertilizer, which goes for only 30 Ghana Cedis on the market, enables one to do intensive farming and grow as many crops as one wishes.

Mr Ntummy noted that people were reluctant in patronising the product when it was first introduced, but that story has changed and more and more people are developing interest in using the fertilizer.

He indicated that there is no limit to what the company can produce and rallied for the support of Ghanaians.

On the use of other materials recovered from the waste, MrNtummy noted that the plastics are used for the production of chairs, waste bins, polythene bags, buckets and many more, whilst the tin cans are melted into containers for storing food.

Some results of the just ended NDC Constituency elections