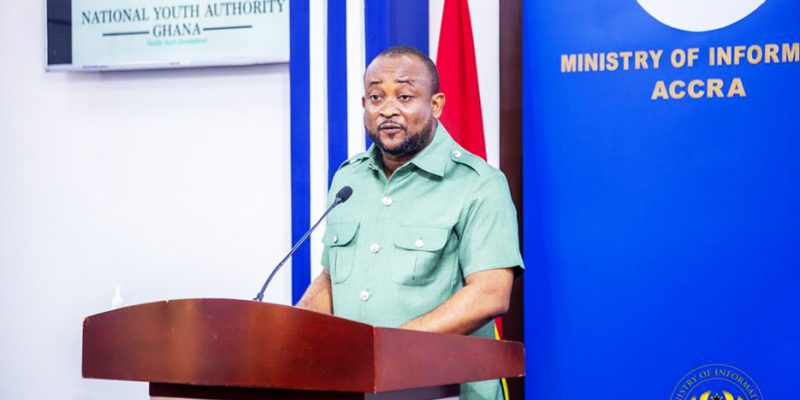 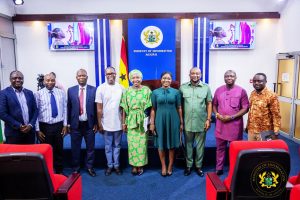 On August 12, 2022, Ghana will join the rest of the world to mark the International Day of the Youth. The day will be used to recognise the enormous contributions of the youth to community and national development.

It is also to enable the youth reflect on the condition of the youth globally and use the opportunity to adopt concrete strategies to amplify and mainstream their voices, actions and initiatives.

Ghana will commence its celebration of the day from August 10 and climax it on the 12th at the Anagkadzo Bible School at Akuapem Mampong in the Eastern Region.

Chief Executive Officer of National Youth Authority, Mr Pious Enam Hadzide, announced this at a press conference organised by the Ministry of Information in Accra yesterday.

According to Mr Hadzide, a series of activities would be undertaken to commemorate the day.

He said that for the first time, Ghana would organise the National Youth Conference, where a total of about two thousand young Ghanaians with diverse backgrounds, including youth Non-Governmental Organisations and Civil Society Organisations, young journalists, students and student leaders, young entrepreneurs, young parliamentarians, ministers, other duty bearers, youth wings of registered political parties, young women networks as well as young persons with disabilities would gather under one roof to interact and plan together towards national development.

The CEO also said that President Nana Akufo-Addo will launch the National Youth policy, which primarily aims at ensuring a comprehensive framework and direction for all stakeholders involved in the implementation of policies, programs and projects for youth development.

Justifying why the enviable award will be conferred on the president, MrHadzide indicated that the president has embarked on a comprehensive agenda to elevate the stature of the youth in the crucial sectors of education and employment.

He made mention of the free Senior High School (SHS) policy, which has removed the financial inhibition to secondary education and has drastically reduced the rate of qualified Junior High School leavers who get placements in SHS, but fail to enroll due to finances from over 1 in 4 children to about 1 in 10 currently.

He also spoke about the guarantor free policy for tertiary students, which have increased access to tertiary education for the youth.

“Beyond education, the industrialization agenda as seen through policies such as 1D1F and the sustained investment in TVET”, the CEO said.

He also noted that the entrepreneurial spirit of the Ghanaian youth is grooming a new class of young Ghanaians as job owners and creators as opposed to job seekers due to the visionary nature of the president.

He made mention of the YouStart initiative, which seeks to inject some 10 billion Ghana Cedis into the youth of Ghana within the next three years and said it would create an estimated 1 million jobs.

“Beyond these programs and interventions, President Akufo-Addo has also brought a fresh impetus of young brains into his cabinet and around the decision-making table. The Minister for Youth and Sports, Mustapha Ussif, the Minister for Justice and Attorney General, Godfred Dame…”, MrHadzide said, to justify why the president deserves the Star of the Youth award.

He concluded his presentation by saluting all Ghanaian youths for their contribution towards the development of the country so far and encouraged them to do more, bearing in mind portions of the youth anthem, which charges every youth to rise up and help build a strong nation.

‘State must take over management of Hepatitis’