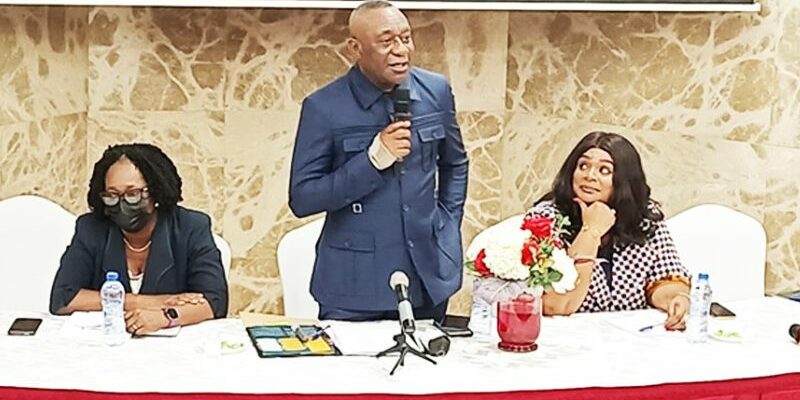 The Executive Director of Environmental Protection Agency (EPA), Dr Henry Kwabena Kokofu has hinted of taking on state institutions who issue permit for people to build on waterways and buffer zones among others. 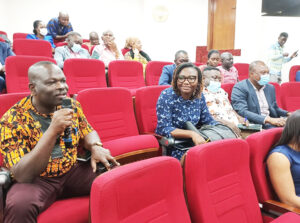 Some staff of the MMDAs

According to Dr Kokofu, the practice of taking on individuals alone is over. He said state institutions and schedule officers in Metropolitan, Municipal and District Assemblies (MMDAs) who append their signatures to such permits will also be dealt with accordingly.

“…Suppose NPA allows and licenses the siting of filling stations at the wrong place, it is the institution and the schedule officer who will be punished,” Dr Henry Kwabena Kokofu indicated.

He was speaking at a stakeholder engagement with MMDAs in Accra. The purpose of the meeting was for the MMDAs to remind themselves of the statutory roles they play in the protection and preservation of the environment.

Addressing the gathering, Mr Kokofu noted that a lot of discussions have been held about land use in the country, but nothing seems to be working.

According to him, it is important to get things done in the right way because when planning of land use goes wrong, other things also go wrong. He observed that currently, heavy industries are sited in residential areas, waterways and buffer zones, a development he described as unhealthy and must be stopped.

The Executive Director of EPA also noted that in most of the cases where such incidences happen, the people who suffer are the individuals who put up the buildings.

He said these people get their buildings demolished and pay huge fines whilst the state institutions and officers who issued the permit are let off the hook.

“For instance, if Madam Esi receives a permit from Spatial Land Use and for that matter a District assembly to build her residential facility within a water course, which obviously is an infringement on proper environmental practices, Madam Esi will have to be accosted and stand the risk of demolition of the property.

“So she suffers alone, whilst the district or the assembly or the schedule officer who issued the building permit goes scot free. Now the net is being widened. The affected district and the scheduled officer are to be severely held liable. This is the way it is going to go,” he said.

He said the sector Minister, Dr Kwaku Afriyie, is in support of the idea because he even proposed it and that, the EPA would ensure the idea is enforced to the letter.

“Dr Kwaku Afriyie is of the view that it’s about time that we take state institutions on, other than continuously dwelling on individuals. State institutions that look on for other individuals to engage in environmental offences should be taken on and I think that he is perfectly right.

“As an Agency, we will not hesitate to apply the relevant laws against any MMDA whose actions and inactions result in damages to the environment and human health,” Mr Kokofu said. He sent a warning to schedule officers to beware of the sort of licences they append their signatures to.

Aside going by this method, MrKokofu also said the MMDAs should make a conscious effort to develop and implement land use plans.

He also charged them to be lead investigators and complaints of environmental pollution.