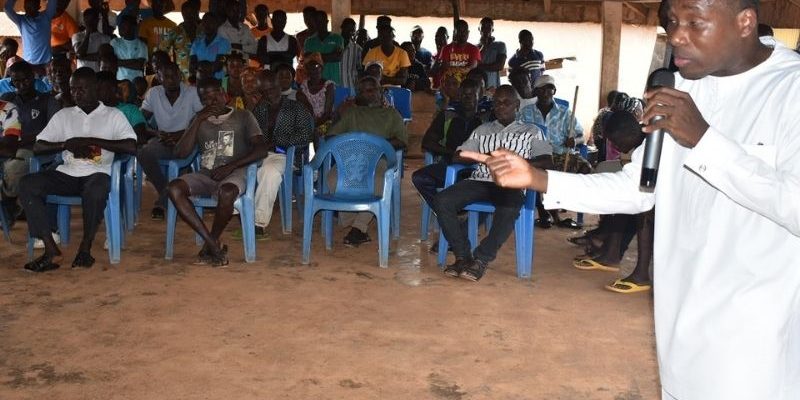 The District Chief Executive (DCE) for Ellembelle, Mr. Kwesi Bonzoh, has advised youth of Salma, Teleko Bokazo and Teleko Ahwea to stay away from the concessions of Adamus Resources, a mining company operating in the area.

Consequently, he has warned that anyone caught engage in illegal mining in any of the concessions belonging to the mining company would not be spared.

Mr. Bonzoh was addressing the youth of Salma, Teleko Bokazo and Ahwea at separate meetings to inform them on the decisions the District Security Council (DISEC) had arrived at to stop the frequent arrests and harassment by Adamus Security Department and other security agents.

It would be recalled that the youth of these communities entered one of the pits of Adamus to mine gold, leading to the arrest of some of the youth, which triggered a misunderstanding between the police and the youth.

The youth attacked the police by destroying the louver blades of the Police Command office. Currently, four of the youth have been arrested over the attack.

The DCE told the youth that the DISEC, the Minerals Commission, Environmental Protection Agency and other relevant bodies had met and decided to register a Community Mining Company.

The mining company has consequently been asked to cede off part of its concession for the community to mine.

Therefore, the youth must exercise restraint by not going into the concessions of Adamus, because it was illegal to do that, whilst his office and the other bodies worked together to register the company and request Adamus to release a part of its concession for the youth to operate as a Community Mining Company.

He said: “I will make sure the registration of the company is very fast, in order to end the frequent harassment to the youth, and to allow you have a place to mine legally, since your license to operate will be ready.”

Mr. Bonzoh disclosed that after registration, the youth would begin mining at a pit near Teleko Bokazo and later move to Salma to another pit.

He further said Adamus had committed to peace and ever ready to cede part of its concessions to the communities to use.

The former Assembly Member for Salma Electoral Area, Mr. Godfrey Obbin, said for over 15 years the youth of Salma had been asking for land to do mining.

The Chief of Salma, Nana Kwamina II, said he was the one who suggested the registration of community mining, so that his people could have economic activity. 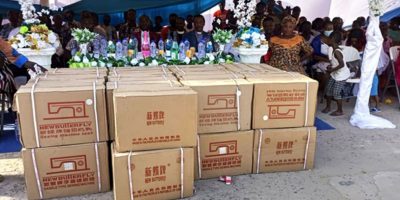 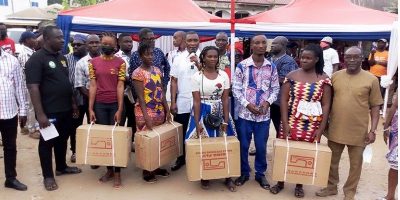