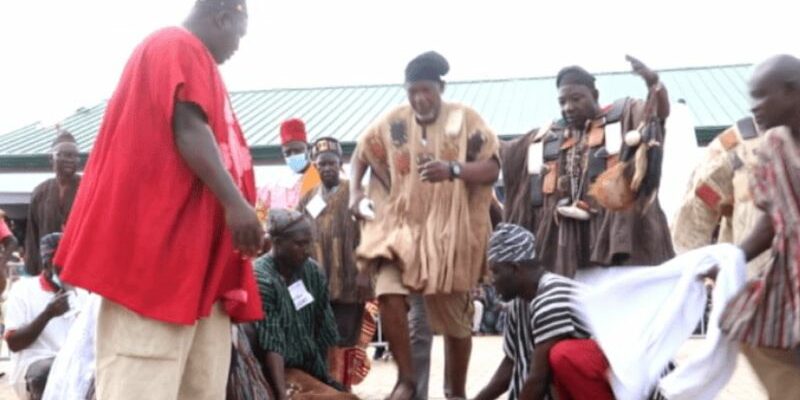 One of the excitements of early primary school education is the variety of nursery rhymes on offer.

‘Mary had a little lamb. Its fleece was white as snow… And everywhere that Mary went, the lamb was sure to go… ‘Hey diddle diddle…the cat and the fiddle…The cow jumped over the moon.’

In those early days, the concept was that children were to be seen and not heard. In other words, the child was to imbibe what was taught and not to ask questions. 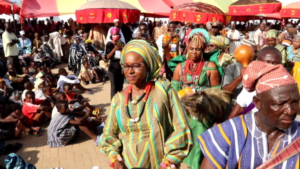 A cow jumping over the moon makes little or no sense in the reality of life. But who are you to ask how the cow made it to the firmament, to the extent of jumping over moon which is several millions of light years away, according to scientists.

I remember one chapter in the Oxford English Reader, which was a textbook in the immediate post-independence era. The chapter opened thus: “This is a railway station in London.

In this picture you can see John.” How the railway station and the drawing of a person called John came to have anything to do with educating the African child in a rural setting was anybody’s guess.

I was sitting my somewhere watching television and getting terribly disappointed that my favourite Manchester United could not find a way through the Newcastle United defence, when the mobile phone rang.

“Ebo, where are you?” The friend at the other end of the line asked. Without waiting for the answer, my friend shot.”Tune in to Joy News and listen to Rafiq Salaam.”

When I did, I saw the man with a distinctive voice and presentation style reporting on the Damba Festival at Wa at which the Overlord of the Wa Traditional Area, Fuseini Pelpuo IV, was required to jump over a cow.

The idea of an Octogenarian Royal preparing to jump over a cow was excitement enough for me to banish my disappointment over the Manchester United result to concentrate on what was unfolding on television here in the Republic of Ghana.

As the Chief and his immediate family, led by an Imam reciting Koranic verses, went round the cow lying in all humility on the ground, my thoughts went immediately to the nursery rhyme where the cow jumps over the moon.

The mind, the part of the grey matter that directs the human body in all actions and inactions, quickly went on an excursion to India, where the cow is a revered animal in Hinduism

The Hindus, and their satellites tribes, constitute nearly 80 percent of the almost one and a half billion of the population of India.

According to Hinduism, the cow represents mother earth and a source of goodness. The belief is that milk of the cow nourishes all the creature of the earth.

Krishna, the deity at the centre of the Hindu religion, is portrayed as a cow-head and referred to as the child that protects the cow. That is why the cow is a sacred animal whose meat is forbidden to the faithful.

On Friday, October 14, the chiefs and people of the Wa Traditional Area celebrated the Banda Festival, a quasi religious/traditional celebration dating back 400 years ago. As part of the celebration, Wa Na Fuseini Pelpuo IV was required to jump over a cow.

How the jumping over a cow comes to be associated with what was initially a religious festival commemorating the birth of Mohammed some centuries ago, is +has still not been explained to some of us, we have little knowledge of the tradition and religion that props it up.

I am told the idea dates from the 15th Century, and that the smock used by the present Overlord was first worn by his grandfather, Naa Pelpuo III, a hundred years ago.

The exercise of jumping over the cow, according to the Member of Parliament for the area, Mr. Rasheed Pelpuo, himself a royal, is symbolic, but a far-reaching event that tells the fortune of the traditional area in the year ahead.

“If successful, it symbolises the success of the area and the well-being of the Overlord. Failure could signal the end of the reign of the King through death or other calamities.”

Naturally, as the chiefs and people of the 12 traditional areas making the Kingdom gathered in front of the King’s palace for the event, there was apprehension among the people. Visitors, on the other hand, looked forward to the spectacle in awe.

‘Will he, won’t he,’ the air was filled with expectation when the King, wearing the smock his grandfather, Pelbuo III, used to perform the same ritual 100 years ago, began the ceremony, circling the animal tied to the ground.

The King’s company was made up of the Imam reciting Koranic verses leading the way, together with members of the King’s immediate family, and chiefs and representatives of the 12 traditional areas which make up the Kingdom.

The atmosphere was very solemn as the circle round began so that it was possible to hear a pin drop. After seven rounds of encircling the hapless animal, there was a jump.

The cheers that greeted the jump could drown the noise of a supersonic jet taking off from the runway. There was joy and merry-making throughout the night, according to Rafiq Salaam, reporting from Wa.

All this happened in the company of the Vice-President of the Republic of Ghana, Alhaji Dr. Mahamudu Bawumia. Obviously, the Second-in-Command of the nation left the Upper Regional capital satisfied that the Overload of the Wala Traditional Area has the right omen to continue to lead his people.

And that he would be in good health while the kingdom is destined by the oracles, to prosper.

“The successful jumping means there will be joy in the whole Kingdom,” said Mr. Rasheed Pelpuo. Obviously, there was wild jubilation throughout the night.

It is not very difficult to suggest how the hapless cow ended up. It would have gone down the throats and into the belly of those who sat throughout the night agonising over the jump.

In the nursery rhyme, the cow jumped over the moon. In the full glare of the public, Wa Na Fuseini Pelpuo jumped over the cow, which ended in delicious soups and stews in the palace and its environs. After all, there was a jump, and it was over the cow!