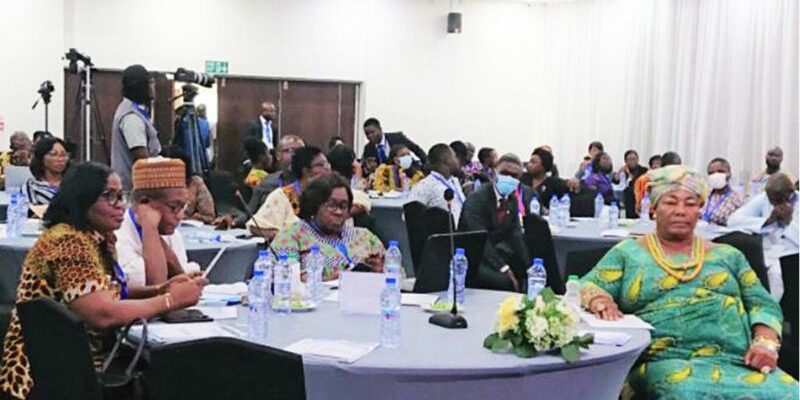 The World Bank and other foreign and local partners have held a workshop to discuss how to   help the government, through the Ministry of Gender, Children and Social Protection (MoGCSP), to create a National Social Protection Shock Response Strategy.

The technique entails concentrating interventions on unanticipated negative events that affect substantial segments of a society such as floods, fire outbreaks, pandemics and conflicts.

The National Development Planning Commission; the Centre for Social Policy Studies (CSPS); the Ministry of Gender, Children and Social Protection; the National Disaster Management Organisation (NADMO); the Ministry of Health; the UN International Children’s Emergency Fund (UNICEF); Municipal Chief Executives; Academia and other organisations, were among the participants in the discussion.

This entails safeguarding people’s lives, especially the most vulnerable, such as women, children, and people with disabilities, as well as their property. It also entails maintaining livelihoods such as ongoing employment and education.

Addressing participants at a workshop, organised by the World Bank and UNICEF, the deputy minister of Gender, Children and Social Protection, Lariba Zuweira Abubu, in a speech read on her behalf said Social Protection has proven to be an effective and reliable tool for addressing poverty and its related vulnerabilities.

It is in this light, she said, that “government of Ghana is, therefore, implementing a National Protection Policy (NSPP) which seeks to ensure that citizens are guaranteed relief from destitution.”

Also, to realise their basic rights, close the inequality gap, ensure inclusion for all Ghanaians, as well as enable all to participate effectively in socio-economic growth and development of the country.

The Minister claimed that despite numerous efforts to implement a National Social Protection Policy, many Ghanaians continued to live in poverty and under stress, and that a recent national statistics survey report revealed rising disparity among the population.

She went on to say that with less than ten years left to complete the Sustainable Development Goals (SDGs), Ghana has had a difficult time halving multidimensional child poverty and completing the SDGs.

According to Hajia Abudu, accessible data also showed that 0.16 percent of Ghanaians were affected by flooding, and that all of these incidents were caused by the lack of suitable, reliable procedures to deal with such shocks.

She claimed that the only way to overcome those problems was to develop mechanisms that are sensitive to shocks and to aid households that were not particularly affected by them.

The Act 927 that founded the National Disaster Management Organisation (NaDMO), according to Mr. Eric Nana Agyemang-Prempeh, Director General of NaDMO, acknowledged social protection issues, but the organisation has been heavily focused on disasters in recent years.

He said the country did not have to rely solely on the Organisation, saying individuals had roles to play to safeguard their lives in case of any eventuality.

“If there’s an earthquake in Ghana, women andchildren will suffer the most. Earthquake happened in Ghana in 1939 and currently if we should study the geographical location well, the Burma Camp, 37Military Hospital, Ridge Hospital, Ministries,NaDMO headquarters, Kotoka International Airport,Police Headquarters and Fire Service Headquartersare all on the quake line, should an Earthquake occur rightnow.

He continued, “We must all, therefore, be ready because earthquake doesn’t care about food security, one’s political affiliation, religion, ethnicity or financial status.”