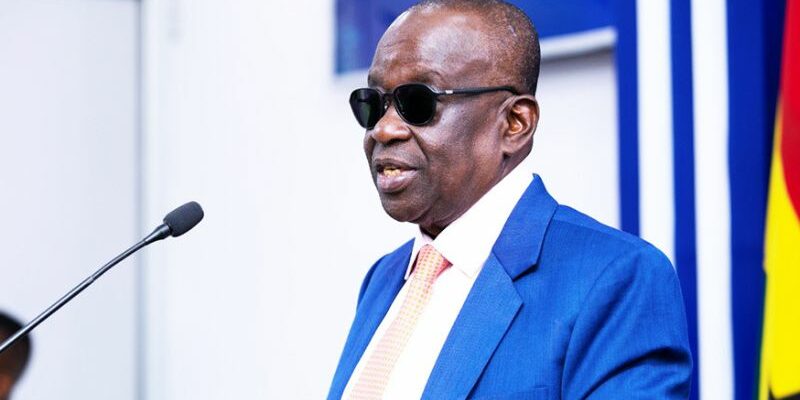 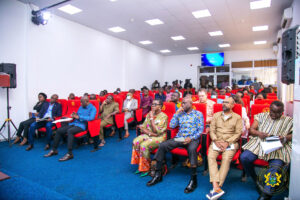 Some dignitaries and media personnel at the4 briefing

The Minister for National Security, Mr Albert Kan Dapaah, has indicated that his outfit is very keen on combating illegal mining because terrorists are attracted to mining areas.

Minister Kan Dapaah said illegal mining, popularly known as galamsey, is one of the easiest avenue these extremist explore to fund their nefarious activities, hence their likeness for such areas.

He said his absoluteness about the issue is based on experiences in Mali and Burkina Faso where extremists have taken over parts of the country, with illegal mining activities taking dominance.

He, however, assured that his Ministry is working round the clock to ensure that the country does not suffer the same fate as that of Mali and Burkina Faso.

“In Mali and Burkina Faso, the terrorists have always been attracted to gold mining areas. Clearly, they try to make money from gold mining activities to undertake the criminal activities that they do. The criminals want to take advantage of galamsey activities and also to raise money to do what they do in other countries, and what they have been planning to do in our country.

“…We are working hard to make sure that we are not overtaken by events. But clearly, one way that can bring cheap money to go and undertake some of these criminal activities is galamsey, so it is of interest to us,” Mr Kan Dapaa said.

He made the comments yesterday while briefing the Media on the ongoing conferences being held in the Capital Accra with regards to the Accra Initiative.

The Accra Initiative is a group of seven West African countries; namely Ghana, Benin, Burkina Faso, Côte d’Ivoire, Togo, Mali and Niger who have come together to collaborate against violent extremism in the region.

When established in 2017, Mali and Niger were only observer countries, until 2019 when they became full members. Nigeria will soon be the new addition, as its status as observer country will change.

Speaking yesterday, the Minister noted that the threats of terrorism through galamsey, economic crisis, governance issues and many others are the reason why the group is convening series of meetings in the capital to enable them achieve the cardinal object of the Initiative; strengthen operational collaboration between member states, including preventing terrorists from taking refuge in members states, dismantle terrorist network and prevent the expansion of their activities and combat radicalisation and fight against trans-national organised crime.

He made mention of a ministerial level conference which will bring together ministers of security, defence and foreign affairs to enable them jaw-jaw and come up with recommendations and solutions that would help chart the path to salvaging  the situation.

Aside that, there will also be a summit of heads of state and government of member states and Mr Kan Dapaa was hopeful that the recommendations from these interactions will go a long way to help the group achieve their aim.

He said his optimism stems from the already non state actors conference which was held last Thursday and Friday at the Accra International Conference Centre, where the over 200 participants from international organisations, academia, think-tanks, security actors and diplomatic corps held discussions and came out with some far-reaching recommendations to fight crime.

KOA admits: Yes, I failed to pay all the 5% revenue into DACF