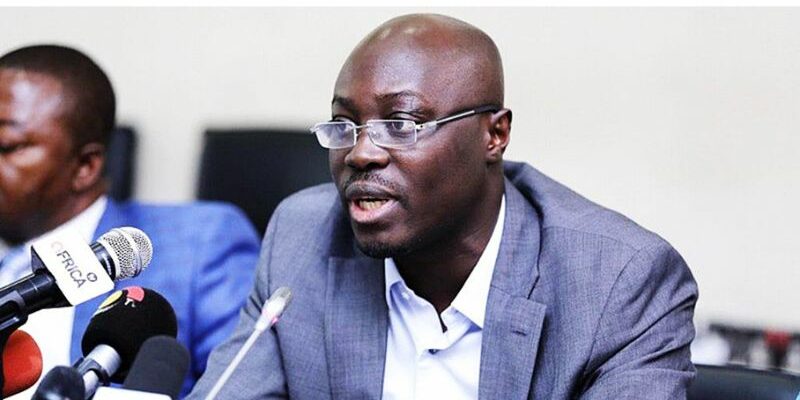 The Minority Spokesperson for Finance, Mr. Cassiel Ato Forson, says the government would exacerbate the hardships Ghanaians are going through with its decision to increase the Value Added Tax (VAT) by 2.5%.

According to the Ajumako/Enyan/Essiam Legislator, the increment means the statutory rate of the VAT would be 21%, and the effective rate 22%. He said this additional tax would put extra hardships on the people of Ghana.

“This is scary. For me, I am saddened, because it looks as if this government doesn’t seem to be aware of the fact that this Ghanaian economy has introduced an unbearable hardship to the citizens of this country.

“Additional tax will simply mean that the people of Ghana are going to go through an excruciating hardship, going forward,” he said.

Mr. Forson made the comments while commenting on the 2023 Budget Statement and Economic Policy which was presented by the Finance Minister, Mr. Ken Ofori-Atta, in Parliament yesterday.

Mr. Ofori-Atta presented the Budget Statement in accordance with Article 179 of the 1992 Constitution and Section 21 of the Public Financial Management Act, 2016.

Per these two documents, the Minister is expected to, on behalf of the President, lay before Parliament the 2023 Annual Budget Statement and Economic Policy of the government.

Presenting the Budget, the Minister indicated that there was the need to increase VAT by 2.5%, because there had been an increased demand for roads, and the monies accrued from the collection of this VAT would aid in the construction of more roads.

“Mr. Speaker, the demand for roads has become the cry of many communities in the country. Unfortunately, with the current economic difficulties, and the absence of dedicated source of funding for road construction, it is difficult to meet these demands. In that regard we are proposing the implementation of new revenue measures. The major one is an increase in the VAT rate by 2.5 percentage points,” Mr. Ofori-Atta said.

But speaking to the media yesterday, Mr. Ato Forson said the additional tax would put extra hardships on the people of Ghana.

He mentioned some of them as a freeze on unemployment, reduction in fuel allocations to political appointees, ban on the use of V8s/V6s or its equivalent, except for cross-country travel, limited budgetary allocation for the purchase of vehicles, no hampers for 2022 and many more.  But commenting on this, Mr. Ato Forson said these expenditure cuts were empty, because they would not result in proper expenditure cuts.

He said the government had rather shifted the burden to the Ghanaian in the introduction of the 2.5% VAT.

“…The things that he outlined, they are nothing but empty. It will not result in where proper expenditure cuts must come from. What we can see is that the government is shifting the adjustment programme to the ordinary Ghanaian where the tax payer will be made to pay more,” he indicated.

He noted that the budget was a clear indication that the Ghanaian economy was in an intensive care unit, and if care was not taken, the economy would die, because the budget was a severe one that was going to introduce extreme austerity in the year 2023.

“I can only urge the people of Ghana that brace up for maximum hardship than what we went through in 1979 and 1983. That is going to happen, because the budget, as read today, is nothing but an intensive and severe hardship that they have introduced,” he indicated.

Making a little comment before supporting the motion for the adjournment of the House yesterday, the Minority Leader, Mr. Haruna Iddrisu, on his part, described the Budget as ‘Eka mp3 Dede’ Budget, to wit ‘Debt doesn’t like noise’ Budget.

This was in direct response to the Minister’s earlier description of the Budget as ‘Nkabom’ Budget, to wit ‘Unity’ Budget.

Giving reasons for describing the Budget as such, Mr. Iddrisu said that there was no pomp and pageantry at this year’s presentation, because the government itself was not happy with the Budget it had drawn for the year 2023.

He noted that usually the Vice President, Dr. Mahamudu Bawumia, usually accompanied the Minister to present the Budget, but this time round, he didn’t, and that was because he was not happy with it.