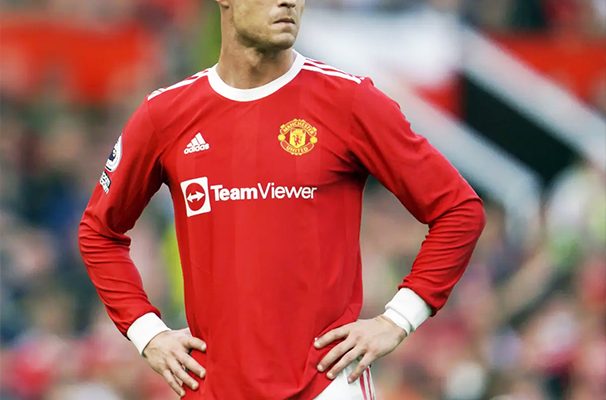 Ronaldo ‘wants to decide on his next club
Cristiano Ronaldo is reportedly desperate to have his future resolved before Manchester United’s opening game of the Premier League season this weekend.
The Portuguese star wishes to depart the club this summer in search of Champions League football with the former Real Madrid star still harboring hopes of claiming his sixth European Cup.

Arriving at training yesterday in his Rolls Royce, Ronaldo was photographed driving through the Carrington gates this morning, just days before the opening fixture. According to AS, the Portuguese superstar is determined to find a new club before United play their season opener against Brighton & Hove Albion on Sunday. But he is running out of time and the forward may end up starting the new season at Old Trafford. 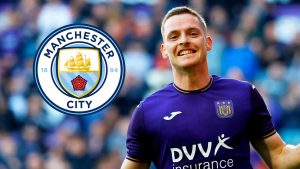 City turn attention to Sergio Gomez, as Chelsea hijack their move
Manchester City have spoken to Anderlecht about the possibility of signing left-back Sergio Gomez this summer.

The 21-year old is viewed as an alternative to Brighton & Hove Albion’s Marc Cucurella, who is now closer to joining Premier League rivals Chelsea.
Pep Guardiola’s side had been in pole position to sign the Spanish full-back, but after failing to meet the £50million valuation, the Blues have seemingly hijacked a move for the 24-year-old.

City could head into their season opener away to West Ham United on Sunday with just two full-backs after letting Oleksandr Zinchenko leave for Arsenal earlier this summer. Talks are underway to sign Gomez, who is represented by Pere Guardiola agency, to bolster their options at full-backs with Kyle Walker and Joao Cancelo the only options at present. 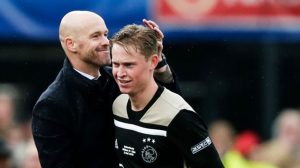 The transfer saga has rumbled on for over three months now, but United remain undeterred in their pursuit of the Dutch international.
De Jong is said to be happy at Barcelona, but the Catalan giants have finances to consider and if they wish to appease LaLiga and register a whole host of new signings, the midfielder would be the logical departure.

A deal that could rise to £72million was tentatively agreed between the two clubs last month. The holdup in the deal is due to an outstanding amount in the region of £17m in back payments owed to De Jong by Barca after deferring payments on his wages during the pandemic. 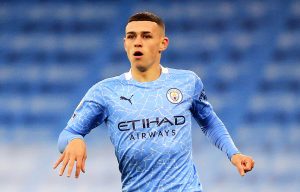 Foden agrees new long-term contract
Phil Foden has agreed a new long-term contract at Manchester City – worth around £225,000-a-week. Sportsmail understands there has been a long-awaited breakthrough on a deal which will make the 22-year-old one of the highest-paid youngsters on the planet and see him increase his salary by more than seven times.

An offer had been on the table for a number of months but bosses at the Etihad Stadium are delighted with what they feel is a significant boost ahead of the new season. An announcement on what is likely to be a six-year agreement, which will keep Foden at the club for the foreseeable future and beyond, is expected in the coming days or early next week. 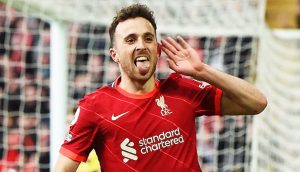 The 25-year-old netted 21 times in all competitions for the Reds last season, but he will face stiff competition for a place this term following the arrival of Darwin Nunez from Benfica. Jota also played a vital role in helping Jurgen Klopp’s side win both the FA Cup and Carabo Cup last season, while they missed out on the Premier League title by just one point. ‘Well, [I’m] really proud, I have to say,’ Jota told Liverpoolfc.com after signing his new contract. 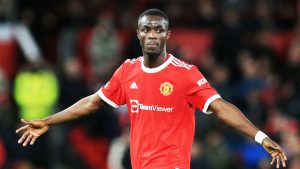 Eric Bailly set for Sevilla switch
Sevilla are trying for out-of-favour Manchester United defender Eric Bailly as they seek to bolster their centre-back options.
The defender, 28, has fallen even further out of favour at Old Trafford after the Red Devils bought Lisandro Martinez from Ajax this summer.

Sevilla are now in talks for the defender with Roma and AC Milan having made enquiries for the player in the last few days. Bailly forms part of a three-man shortlist for Sevilla to improve their backline, with Paris Saint Germain’s Thilo Kehrer also representing an option.

Jose Mourinho, who brought Bailly to Old Trafford in 2016, might still harbour hopes of the player choosing to join Roma but Sevilla have placed themselves in pole position as things stand.
With United having brought in a number of players under new manager Erik ten Hag this summer, the club are believed to be keen to now offload players. 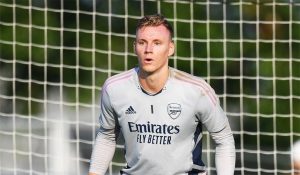 Marco Silva wants to find a stable number one this summer for the Premier League season after switching between Paulo Gazzaniga and Marek Rodak for the Cottagers last year. The Gunners had been holding out for £12m for the Germany international but have dropped their asking price after the Cottagers began looking at other potential options.

The German has entered the final 12 months of his deal at Arsenal, having been at the Emirates Stadium since 2018, and Mikel Arteta is now ready to part ways with the goalkeeper. Leno was the undisputed number one in his first three seasons and started the first three league matches of 2021-22, but then lost his place to Aaron Ramsdale and made only five more appearances in all competitions. 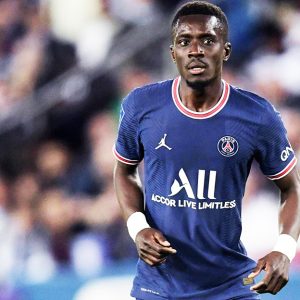 Everton close to agreeing deal with Idrissa Gueye
Everton are close to agreement on a deal for Paris St Germain midfielder Idrissa Gana Gueye pending a medical. The 32-year-old is up for sale after being deemed surplus to requirements by new PSG boss Christophe Galtier.

The Parisians have already signed midfielder Vitinha from Porto this summer, further pushing Gueye down the pecking order at the Parc des Princes. Toffees manager Frank Lampard is eyeing a short-term deal for the Senegal international to bolster his midfield options. Gueye swapped Everton for the French capital in the summer of 2019 after becoming a fan favourite at Goodison Park. 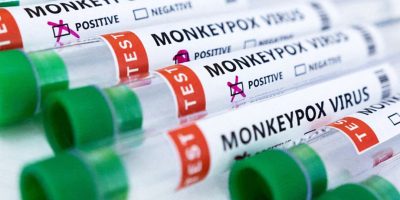