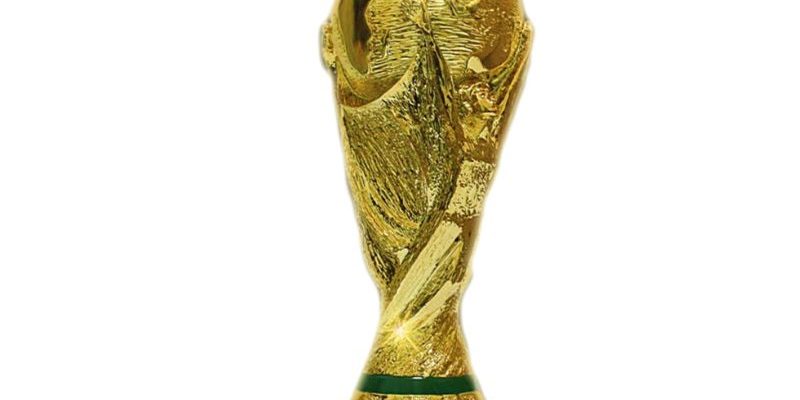 The 2022 World Cup is right around the corner.  The tournament gets underway on November 21, with the final taking place under a month later on December 18, 2022.

The group stage draw has come and gone, with eight sets of four teams set to compete, with a 32-team format at the World Cup.

Here are all 32 teams as the competition edges closer, and we analyze which nations are the favourites to win, who are the star players and managers to watch out for; 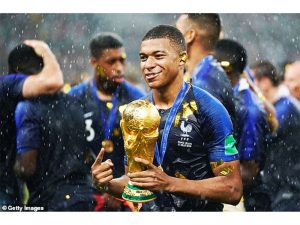 Didier Deschamps – The 53-year-old has seen it all in international management having been in charge of Les Bleus since 2012. He has scaled the heights of World Cup glory before and will be confident of defending their title with a squad littered with stars at his disposal.

France went into Euro 2020 as world champions but Deschamps and his tactics came in for huge criticism when they were stunned by Switzerland on penalties in the last 16. He managed to keep his job but you’d think it will be curtains if they don’t reach at least the semi-finals in Qatar.

Kylian Mbappe – If there was any doubt then Mbappe has proven himself to the main man for France in recent months. His stunning first goal against South Africa in midweek shows the confidence running through his veins.

The PSG star also loves a major tournament and has chalked up four goals and three assists in 11 tournament appearances. It is also a boost for Mbappe to have Karim Benzema supporting him in attack, as he did at Euro 2020.

France were comfortable qualifiers in the end but they didn’t have it all their own way. The finished top of their group unbeaten, with 18 points after five wins and three draws.

Kasper Hjulmand – It felt like the Danes’ inspirational coach became the unofficial leader of the country last year when Christian Eriksen suffered his shocking cardiac arrest in their Euro 2020 clash with Finland.

Hjulmand led with such authority and strength during that horrific period and then had the ability to dust his team down and lead them to the semi-finals on a wave of emotion – where they lost to England by a controversial penalty.

Hjulmand’s playing career ended when he was just 26 after nine knee operations but he was soon making a name for himself on the touchline and now he’s wanted by a string of top clubs around Europe. 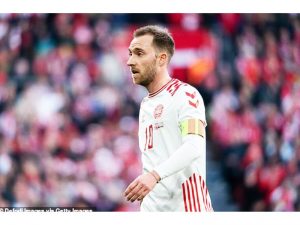 Pierre-Emile Hojbjerg – It would have been easy to say Christian Eriksen, given the way he has recovered from that awful day last summer and is back playing and scoring in the Premier League and for his national team.

But, like at Tottenham, Hojbjerg is the understated star of the Danish team and does the dirty, gruelling work in midfield that allows the more creative players around him to flourish.

Denmark were run close by Scotland in Group F but always had Steve Clarke’s side at arm’s length and secured top spot with nine wins from 10, 30 goals scored and just three conceded.

Their qualifying campaign included an 8-0 demolition of Moldova in Herning while a 4-0 win away in Austria was the pick of their results. Scotland got the better of them at Hampden in November, but that was the only blip.

Jalel Kadri – Tunisia currently have a temporary coach in charge of the national team, with Mondher Kebaier replaced after the Africa Cup of Nations a few months ago as he battled with Covid-19.

Kadri – who was Kebaier’s assistant manager – is Tunisia’s fourth coach since Nabil Maaloul was in charge at the 2018 World Cup, when they of course lost to England in the dying stages of their opening group game. 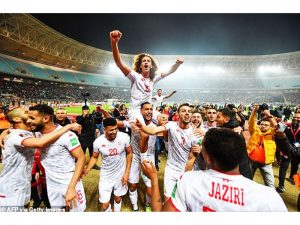 Ellyes Skhiri – The Cologne midfielder was named Tunisian Footballer of the Year in 2021 and has made 45 caps since making his debut in 2018, scoring three goals.

Also watch out for former Sunderland forward Wahbi Khazri – currently at Saint-Etienne – and Manchester United youngster Hannibal Mejbri, who has already made 12 caps at the age of 19.

Having finished top of Group B in the second round of African qualifying, two points clear of Equatorial Guinea, Tunisia faced Mali in a two-legged play-off in the past week for a place in Qatar.

Having won the first-leg in Mali 1-0 courtesy of an own-goal by Moussa Sissako, a goalless draw in Tunis was enough for unfancied Tunisia to qualify for a second-consecutive World Cup.

Graham Arnold – A stalwart of the Australian game, the former Sydney FC coach returned for a second stint in the top job in March 2018, having led the national team for a year after Guus Hiddink stepped down following the 2006 World Cup in Germany.

He succeeded Dutchman Bert van Marwijk, who took the reins for the 2018 World Cup in Russia as part of a short-term deal struck in the wake of Ange Postecoglou’s shock resignation after securing the team’s qualification.

Replaced as head coach by another Dutchman in Pim Verbeek in 2007, Arnold remained on board as an assistant through Australia’s next World Cup qualification phase and their appearance at the 2010 finals in South Africa. 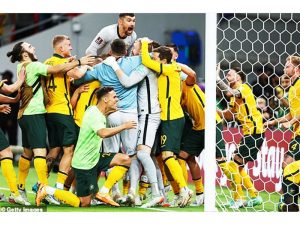 Mathew Ryan – It is not very often a goalkeeper has the title of being a nation’s best player but Ryan’s influence on the Socceroos is enormous.

Crucially he has played at both the 2014 and 2018 World Cups, so knows the sort of pressure and challenges that his team-mates will be facing in Qatar later this year.

Ryan is his nation’s captain and one of few players in the squad to play at the Premier League level. He is now at Real Sociedad in Spain, operating as their No 2 goalkeeper.

Entering the Asian Football Confederation qualifying at the second round, Australia finished third in their group behind Saudi Arabia and Japan. That meant they had to enter the nerve-shredding inter-confederation play-offs where they played third place in the other group, the United Arab Emirates.

A 2-1 win over the UAE and all they had to do was beat Peru. Goalkeeper Andrew Redmayne was the Socceroos’ hero, saving Alex Valera’s spot-kick to clinch a 5-4 victory for his side after being introduced as a substitute at the end of a goalless 120 minutes in Al Rayyan.