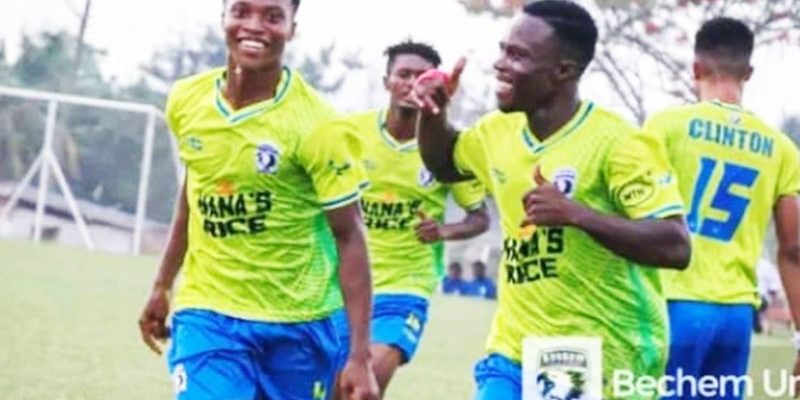 Real Tamale United had their relegation dogfight suffer a slump on Wednesday when they conceded very late in the game to draw 2-2 with Bechem United at home.

The Pride of the North threw away a 2-1 advantage at the Aliu Mahama Stadium in Tamale. They are now just two points above the drop zone after 29 matches.

RTU gaffer Shaibu Ibrahim Tanko made a couple of changes to the team that held Dreams FC to a 2-2 stalemate a fortnight ago in the last round of fixtures.

Bechem got their noses in front in the match through Owusu in the 21st minute who scored his 6th goal of the campaign in his 10th appearance.

The home side drew level in 32nd minute when playmaker Frimpong converted a penalty kick.

RTU took the lead in the match for the first time thirteen minutes after the break when Issah Kuka scored.

Substitute Hafiz Wontah Konkoni scored in the dying embers of the game with his first goal of the season to deny the WeyUna a vital win as Bechem claimed a point.