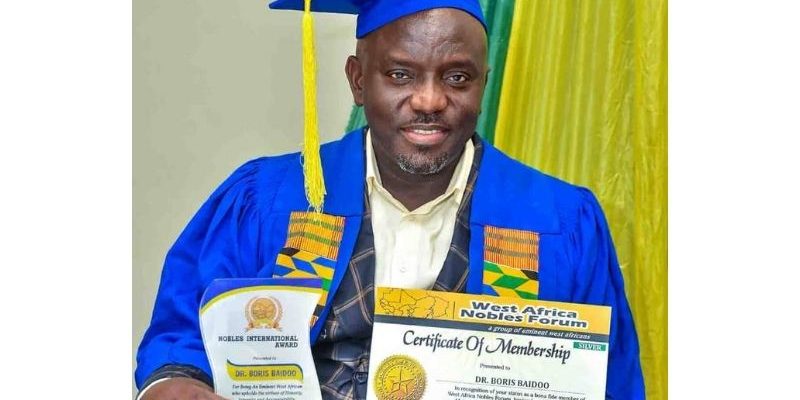 Dr. Boris Baidoo, Ashanti Regional Chairman of the Poultry Farmers Association, has advocated a reduction in poultry imports into the country towards the Christmas festivities to cushion the local industry.

He has urged the government to put measures in place to ensure that poultry importers procure 40 per cent of the local products before they are allowed to bring the remaining 60 per cent into the country.

Speaking to the media, he noted that the policy, if implemented, would help the local poultry industry to expand and create jobs for the youth and reduce unemployment in the country.

He underscored that the local industry was collapsing; meanwhile, the local farmers had the capacity to produce quality and healthy chicken if supported.

Dr. Baidoo spoke on the sidelines of the 33rd Nobles Forum Dinner Dance/Awards, organised by the West Africa Nobles Forum (WANF) last Friday, during which he was honoured for being a powerhouse in the poultry industry.

He was among 20 personalities from various backgrounds, who were recognised with plaques and citations by the non-partisan, non-religious, and non-governmental group.

He lamented that, looking at the volume of chicken coming into the country, which was about 600,000 metric tonnes, and that was really a lot, and that if reduced by, at least, half or one-third of that, many jobs could be created for the youth, and the millions of dollars that would be retained in the country, would go a long way to help grow the economy.

Dr. Baidoo commended the government for subsidising fertiliser for maize cultivation, which, he said, needed to take a holistic view of the complete feed package, because other raw materials like soya beans, cotton seeds, and concentrates were used to prepare the poultry feed.

He also urged the government and financial institutions to provide credit facilities to help the sector to expand and expressed his profound gratitude to WANF for the recognition.