“Crying over spilt milk” is a very popular saying. We all know what milk is; it is creamy and thick. Thus, when it is spilt down, it can never be retrieved. It is, therefore, useless and a waste of time to stand by it wailing like a famished refugee child.

Whoever manufactured this saying has done the world an avalanche of good. It reminds the sons and daughters of this world to move on with our lives and find another way, to improve our lot, when our first attempts at achieving something fail.

Our Gracious and Merciful God has endowed each one of us with talents to help us to make a living. While some people find theirs early, others finally hit gold after a string of failures. This proves the saying that, when one door closes, there is always another door ajar waiting for entry by those who are serious with life.

A story is told of  a trained teacher who did not make any progress in his teaching profession. His notes were always in a mess and this attracted many queries from his superiors.

He found this so unbearable that he took drinks as his faithful companion. This worsened his work in class. This was a clear signal to him that he was in the wrong job. But because of his genuine professional qualification, he thought he was not a square peg in a round hole.

His plight reached his father, who invited him home for “urgent discussions”. The father advised him to resign from the teaching field to join him to make a cocoa farm. This was because the father had a large expanse of arable land.

The son was reluctant to pay heed to his father’s advice, just because he was a trained teacher. Finally, however, he succumbed to his father’s pressures and launched a serious attack on the land, with thorns giving him much to worry about. Insects fed fat on his eyes, while hunger gnawed at him, punctuated by thirst, since sometimes, his food and water got finished earlier.

When he realised he was making progress, he stopped worrying and soon, he pleasantly agreed that he had talent in farming. As the years passed by, he became a prosperous cocoa farmer to whom his former colleague teachers went for loans.

Sometimes, “crying over spilt milk” becomes dangerous to peaceful co-existence. This is because the victims may think that their detractors caused their “milk to spill”.

They, therefore, kept on harassing such perceived detractors, spreading false and highly damaging stories about them to the extent that eliminating them became an option.

The most surprising situation is that the victims of “spilt milk” may be so highly educated that they can easily find other lucrative work to do. They fail to do this because they want the whole world to believe that their perceived detractors are responsible for their “spilt milk”, but this is an unproductive approach to solve their problems.

But, what do they care, when all that they want is to see to it that their perceived detractors who allegedly caused their “milk to spill” fail to be equal to them. If such “detractors”, for instance, occupy national positions, they are constantly accused of inefficiency; corruption etc., a palpable attempt to make them appear guilty before the public.

As it is said, “time and tide, wait for no man”. This simply means that the Sons and Daughters in this ephemeral life have limited time at their disposal, as confirmed in Psalm 103:16-16: “As for man, his days are like grass, as a flower of the field, so he flourishes. For the wind passeth over it and it is gone and the place thereof shall know it no more”.

Shakespeare too confirms this in Macbeth: “Life is but a walking shadow, Poor player that struts and frets his hour upon the stage. And then, is heard no more.”

Against the background of how short life is, should we waste time in bringing others down, just because we think they are the cause of our “spilt milk”?

We should strive for human dignity which can be attained only “on the field of ethics and ethical achievement as measured by degree on which our actions are governed by compassion and love and not by greed and aggressiveness,” as observed by Arnold J. Toynbee.

Etlenne De Grellet also passionately advises us that “since we shall pass through this world but once, any food thing that we can do or any kindness that we can show to any fellow man, let us do it now; let us not defer it, or neglect it, for we shall not pass this way again.”

And our SWEET JESUS also advised the Sons and Daughters of this world “to love our enemies, bless them that curse us and do good to them that hate us and pray for them which despitefully use us and persecute us.” (Matthew 5:44).

Peaceful co-existence is sweet. This is because it answers to what God is, as recorded in 1John Chapter 4 Verse 8 – GOD IS LOVE.

Let all of us accept the fact that “spilt milk” in our lives is irretrievable. It is, therefore, madness to spend precious time to mourn it. And the more dangerous thing is to accuse somebody of being the cause of your “spilt milk” and go about insulting him or her, instead of waiting on the Lord to open another door for you.

It does not, indeed, make sense.

The Cockroach is no more 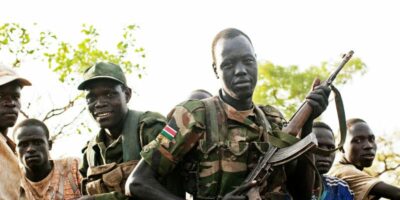