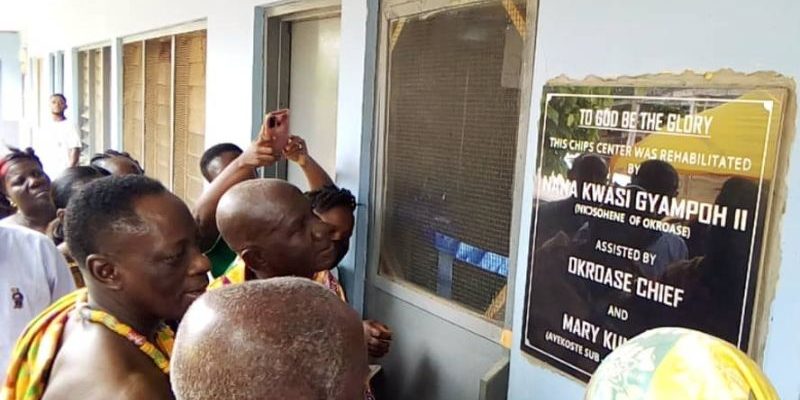 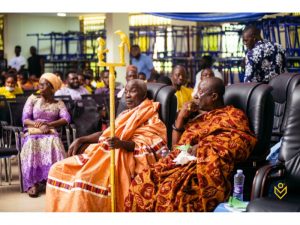 Some traditional leaders were there to support the event

The newly built CHPS compound, which is aims at improving healthcare delivery in the community, was funded by Nana Kwasi Gyampoh II.

The facility has one Delivery Room and Waiting Room, Out-Patient Department (OPD), Consulting Room, and a mechanised borehole.

Speaking at the commissioning of the facility, the Nkosohene indicated that the construction of the facility was a fulfilment of a promise made to the people last year. 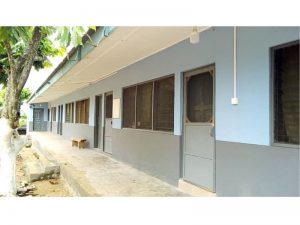 According to Nana Gyampoh II, the project was started by a certain Mr. Afasi Komla, who is a Director of Engage Now Africa, at the foundation level when he came to Okorase, and because he ensured that the project was completed.

Mr. Frederick Kwame Ofosu, Suhum Municipal Director of Health, also commended the Nana Kwasi Gyampoh ll for the great effort in fulfilling the promise made to the people of the area.

“Now that we have a bigger face in the facility, the number of services we render is going to be increased and an enrolled nurse will be posted to the facility to take over the daily clinical aspect of their services,” he assured.

He continued that “And this enrolled nurse will be more available for the clinical aspect at the facility as compared to the Community Health Nurses who always move out from the facility purposely for community outreach services.”

He, therefore, encouraged the Okorase community members to use the health facility and not only when they were sick, but always making themselves available to receive services from the facility.

The Okorase Chief, who chaired the occasion, together with the elders of Okorase, further said, the entire community was very much grateful to Nana Kwasi Gyampoh ll for his kind gesture and thanked him.

The Chief took the opportunity to call for a Midwife to be posted to the facility, while he also requested for potable drinking water, and electricity among others for the people in the town. 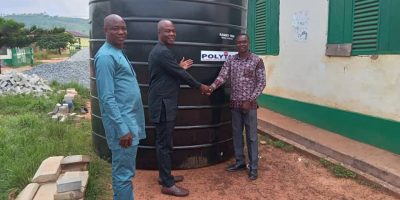 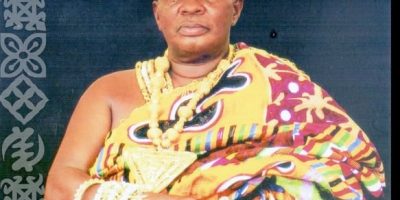 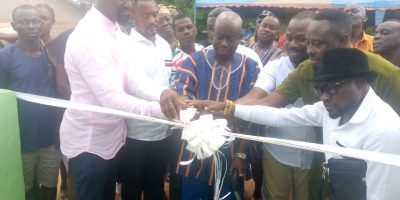 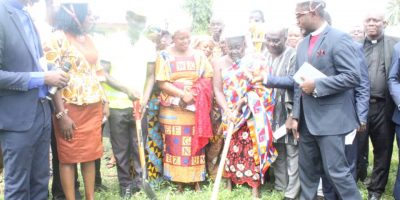 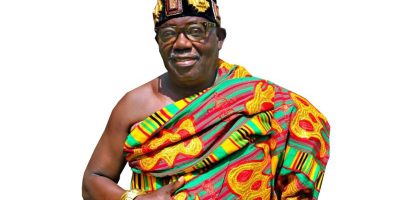