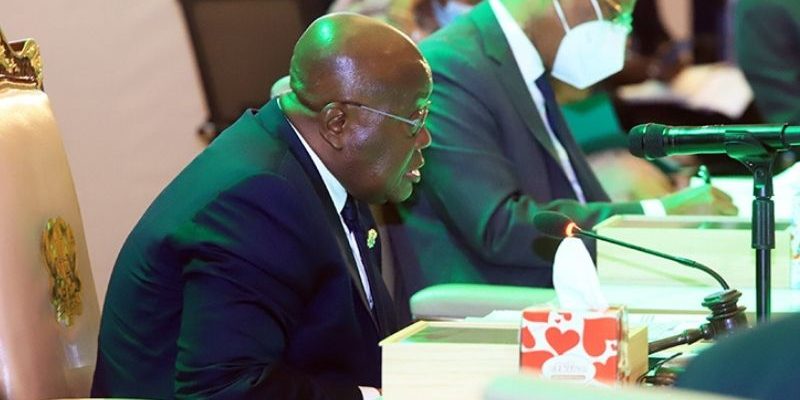 The security situation in Mali has deteriorated significantly and the country is sinking into crisis, the Authority of Heads of State and Government of the Economic Community of West African State (ECOWAS) has been told.

The information was contained in a memorandum on the socio-political situation in Mali and Guinea, a document from the ECOWAS Commission sighted by The Chronicle, dated November 7, 2021.

Part A of the memorandum provides an overview of the recent socio-political developments in the Republic of Mali, and the other part is on Guinea.

The report, which was shared with the Heads of State only, is the report on the visit of the ECOWAS delegation to Mali, led by the Chairperson, President of the Republic of Ghana, Nana Addo Dankwa Akufo-Addo.

The memorandum quoting the Malian authorities said “the security situation has deteriorated significantly despite the considerable efforts of the government and all its partners.”

The document added that insecurity underpinned by terrorism, inter-community conflicts and the proliferation of militias has spread from the north and centre to the south and west of the country.

As a result of the deterioration of the security situation in Mali, thousands of Malians are forced to abandon their hometowns to take refuge in neighbouring countries.

Furthermore, the document said the banking, insurance, and oil situations are worrisome, as stakeholders have gone on strike, thus adversely affecting the country’s economic activities.

The report to the Authority on the socio-political situation in Mali, concluded that based on the insecurity and political uncertainty, the crisis may spread throughout the region.

The report said there is no timetable for the election as of the end of October 2021, as previously communicated.

Thus, “the Community maintain a firm stance, particularly through the effective implementation of targeted sanctions, and consider other measures to ensure compliance with the commitments made.”

After the closed-door session, the President of the ECOWAS Commission, Jean-Claude Kassie Brou, addressed the media in which he mentioned that the Authority needed the support of the United Nations for the transitional government to respect its commitment.

He said the Authority was not happy with the expulsion of the ECOWAS Resident Representative to Mali on October 25, 2021.

The Authority said the crime of the Resident Representative was the desire to ensure that the firm decision of ECOWAS was complied with.

The Communique, as read by the President of the Commission, urged neighbouring countries to intensify their security, considering the situation in Mali.

Mr. Brou said the Authority has placed sanctions on Mali and its junta cannot travel with their financial assets also confiscated.

According to the report presented to the Authority on the socio-political situation in Guinea, the Transition Authorities in Guinea adopted a transition charter and set out four organs.

Also, a civilian prime minister was appointed on October 6, 2021, adding that a 25-member government is gradually being put in place.

The CNT will also be set up as soon as possible and would be composed of 81 members put forward by different segments of the population.

The Authority was told in the report that the duration of the transition remains a major outstanding issue, stressing that during a recent mission to Conakry, the President of the Commission reminded the Authorities of the need to release former President Alpha Conde.

“In conclusion, the political transition is gradually taking shape. The main outstanding issues are the release of former President Alpha Conde and the election timetable,” the report stated.

Reading the communiqué after the closed-door session, the President of the Commission told the press that the Authority insisted on the release of the former President of the country without condition.The travel ban and the other sanctions are still in force.

Again, a special ECOWAS envoy, to be led by Ibn Chambas, would go to Guinea to assess the situation on the ground.

At the opening session of yesterday’s extra-ordinary summit, the Chairperson of the ECOWAS Authority, President of the Republic of Ghana, Nana Addo Dankwa Akufo-Addo, on behalf of ECOWAS solidarised with Niger and Sierra Leone.

The two countries, which are member states, have been tragically hit by separate disasters in the last couple of days, leading to fatalities.

“We express our deep regrets and condolences for these sad incidents, and I would like you to observe a minute’s silence in memory of the victims and the population,” he said.