How are you do? I hope you are do fine, just as me and my shoddies are all do fine, fine.

Senior, do you remember that asore founded by the Son of Yahweh Almighty, our One and Only Yesu Christus Emmanuel? I am referring to the Katolici Asore, if you do not know.

Senior, this asore as in Church or Chorchie for short, has displayed millenniums after millenniums that she is not the first born for nothing. Very quiet and reversed and mostly conservative, not like the Tory concert party in Ohenema Lizzy’ village, but conservative as in always holding on to the truths handed down to her by Yesu Christus Himself through His aplankes as in apostles and believers for short. She will never proofread or edit any truth but present them as they were, when handed down to them.

Senior, the Katolici Asore will always say things as it is, no bend no curve, please they are no relations of the Umbrella clan. I remember one day when Togbui Xornametor was omanhene, he decreed that all those who worship any deity apart from him, must register that worship company and submit to the laws of the village.

Senior, and here comes their worry. Togbui will know that they have been taking from members more than forty-percent of their earnings and yet they call it tithes, which should be at most ten percent.

Senior, and when this happens, Togbui will surely take seventy-five percent of the earnings of these asores as his definition of tithes and still go on to tax the remaining twenty-five percent. And when that happens, praying in tongues and healing people who pretend to be sick will be a non-profit making venture.

Senior, the alternative was not to go and look for some other jobs elsewhere, because by their nature, people should work for them and not the other way round. That cannot happen, for if it did, people will be laughing, laughing at them when they see them carrying bowls to go and buy food for their bosses.

Senior, people who tell us that when we are in times of trouble and worry, we must seek the Face of Yahweh for His mercies, forgot about this and kept worrying, worrying by heart.

Senior, did I say all the heads of worshippers of deities other than those who worship Togbui Xornametor?  I am sorry, not all of them.

Senior, the heads of the Katolici Asore, did not worry. They said as for them when the sea is rough, they don’t gee. They referred people to the time when their ancestors were in a canoe with their Lord and Master and the sea was making rough. They only called upon Yesu Christus Emmanuel who told the sea, “Sunday Skuul, No Talking,” and the sea has been very quiet and obedient to date.

Senior, then one of leaders of the Katolici Asore spoke and said. “The Holy and Divine Word of Yahweh said we mortals must obey authority, because it was Yahweh who gave authority to those in authority to authorise it over us. So, who are we to say we shall not be registered and counted like the sheep in their sheep pen?”

Senior, at these words, the hearts of the leaders of the other worshippers of deities other than worshippers of Togbui Xornametor, sank like a metal ball thrown into the sea.

Senior, but that leader of the Katolici Asore had more to say, “However, as much as we agree to register, we are not the owners of these private worshipping companies, but just ordinary workers. Yesu Christus Emmanuel, is the Sole Owner and Director and only He can come and append His signature to register His Asores”

Senior, with this the matter closed on the matter. Togbui Xornametor feared Yesu Christus like kaakai, and will dare not aimlessly or stupidly cross His path. It then came to pass, that there was no registration of private worshipping companies of people who worship deities other than worshippers of Togbui Xornametor.

Senior, the other day, all the leaders of this Katolici Asore here in Ogyakrom went up to the mountain to seek the Face of Yahweh in prayer. After forty-nine days, they came down with their clothes and faces shining brightly like the morning sun.

Senior, the villagers rushed to meet them at the village square before the holy men even reached there. They knew these holy men of Yahweh had seen His Face and heard the words He had for the village of Ogyakrom.

Senior, their leader, cleared his throat and spoke and said, “Thus sayest, Yahweh, your Lord and your God. To my servant, Onsurowuo Owuobiayeowuo, I have heard the cries and wailings of the people, my people. They told Me in My Face through my Ears, that poverty has now become their bedfellows and they are like twins, but to you and your court, poverty can never be found in your vocabulary, your dictionary nor in your plush surroundings. Your promise to become, the gateman, the watchman and the chief security man over the public susu box now seems like a mirage in the Sahara Desert. Under your reign, the public purse has become a vagabond who loiters and jay walks only in the rich and plush neighbourhood of you and members of your court. As for the poor in society, they do not have the privilege to even see the back of the head of the public susu box.”

Senior, the leader of the Katolici Asore, ended by saying, “I, Yahweh your Lord and God sayest and this, you must keep in your heart and always remember that ‘Blessed are the poor in spirit, and here I am not referring to Ogyateshie, for these are such that will own properties in my Kingdom.’ Do good to all and sundry and sundry and all, and you will be greatly rewarded. I, Yahweh, your Lord God has spoken.”

Senior, these words hit the Elephant clan and while most of them have started packing goodies to give to the poor this Christmas so that they will atone for their sins and rascality, others have started adopting over-aged men and women, who are older than their grandparents, as their children and feeding them five rectangular meals every half a day. But one member of the Elephants, called Yaw Buame, instead of seeking help as his name means, decided to confuse the masses when he claimed that the words that dropped from the mouth of the leader of the Katolici Asore were not marching straight-straight like soldiers at march pass.

Senior, see how some people can bring trouble upon people? As for me I am Dan, sorry I am Done. 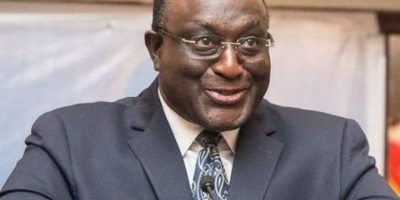 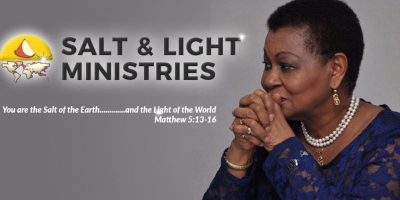