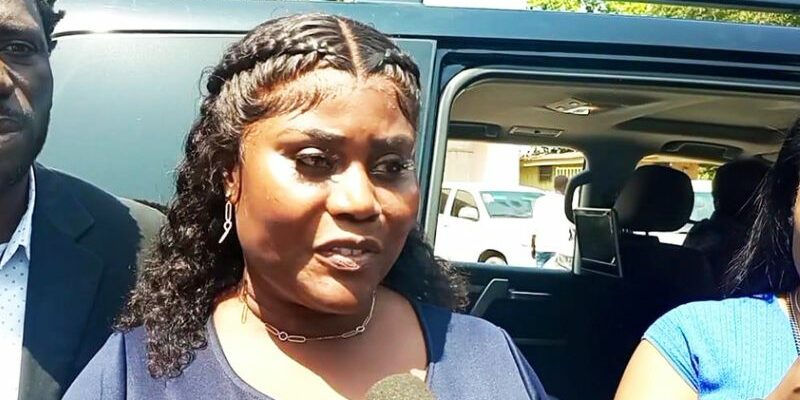 A Sekondi High Court, presided over by Justice Dr. Richmond Osei Hwere, has upheld the election of the Member of Parliament (MP) for Jomoro, Dorcas Tofey, as valid.

Consequently, the Judge has dismissed the petition brought by one Joshua Kwofie, challenging the eligibility of the MP to contest the seat, after twenty three months of litigation before the Court. 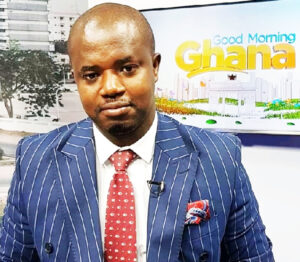 The petitioner, Joshua Kwofie, had invited the court to declare the election invalid because when the respondent filed to contest the Jomoro Parliamentary seat, she held both Ivorian and American citizenship, which violates Article 74 clause 2 (a) the 1992 constitution.

Plaintiff also wanted a declaration that 2nd respondent (Electoral Commission) did not have to clear 1st respondent to contest when she was not qualified as a candidate because she held multiple nationality.

The 1st respondent (MP), however, countered the argument insisting that she was eligible to contest, having complied with the rules governing the 2020 parliamentary election.

She contended that she owed no allegiance to any country other than Ghana and that, she renounced or lost her Ivorian citizenship in a letter dated 2019.

She consequently invited the Court to uphold her election as MP for Jomoro and rather dismiss petitioner’s petition.

The 2nd respondent (Electoral commission) on its part argued that 1st respondent was qualified to contest the parliamentary election at the time she filed.

ISSUES FOR DETERMINATION AND BY COURT

The issue in contention was now whether or not the 1st respondent had renounced her citizenship before contesting for the seat, and on whom the burden of proof lies. The burden of proof, the Court observed, was placed on the petitioner to lead with cogent evidence.

This was because matters that were incapable of proof must be proven with sufficient evidence so that a reasonable mind could come to a reasonable conclusion.

In that instance, the petitioner, the court stated, bears the burden of proof to establish that 1st respondent’s non-compliance of our electoral laws rendered the election void. To the court, the success of 1st respondent’s case depends on her assertion that she had renounced or lost her Ivorian citizenship.

The petitioner, the court said in plain language, did not call a witness to testify and also did not object to the tendering of respondent’s evidence to show that she had renounced her Ivorian citizenship when she filed to contest the election.

Again, petitioner conceded under cross examination that he was not an expert in Ivorian law.

The respondent on the other hand, according to the court, in support of her case, pleaded Article 48 of the Ivorian law on nationality and called a witness to testify as an expert.

The Court said it was obvious from the above that the case in question could be determined using Ivorian law.

Justice Dr. Richmond Osei Hwere made it clear that a party who relies on foreign law must plead evidence and prove it, and that an evidence of an expert might be though persuasive, it was not binding on the court.

The Judge consequently ruled that the Ivorian lawyer, who is an advocate to the International Criminal Court (ICC) and gave evidence to the court was qualified to give evidence on the account of his knowledge and experience. His account was, therefore, worthy.

The Judge went on to state that 1st respondent also satisfied the rule as far as evidence in foreign law was concerned and that same could, however, not be said about the petitioner.

The petitioner, the court observed, was required to call a witness to controvert the evidence of the 1st respondent’s witness.

Justice Osei Hwere said by mere tendering in Ivorian law as evidence was not proper method of proving foreign law.

In that case, there was no rival expert evidence to 1st respondent witness in relation to the subject matter.

The Petitioner’s Counsel, the court observed, only gave his own interpretation and opinion of Ivorian law, forgetting that it was the opinion of an expert that mattered, though not conclusive, but the opinion of the expert was treated with respect.

For this reason, the Judge said “I accept the opinion of 1st respondent witness hook line and sinker, most especially on Article 48,” based on probative value of his uncontradicted evidence.

The decision of the sitting Judge comes after petitioner’s lawyer in his written address called on the court to reject the evidence of the expert witness because he was unqualified to do so.

The court was also of the opinion that the petitioner also failed to lead cogent evidence to negate the evidence as tendered in by 1st respondent (Exhibit 1).

No evidence, according to the court, was led to show that the stamp and signature affixed on exhibit 1 (that is a letter from Ivorian Ministry of Justice addressed to 1st respondent affirming her letter to renounce her Ivorian nationality) was fake.

To the court, petitioner was in the know of the said exhibit and could have called the Ivorian MOJ to testify in the alleged forgery of the said letter petitioner claim was.

But merely saying the letter in question, which has the stamp and signature of the Ivorian MOJ was fake was not enough.

In the court opinion, the said exhibit was communicated to MOJ and same was received and that in the opinion of the Judge, the evidence (exhibit) was authentic.

The court also noted that it appears 1st respondent’s Ghanaian passport was fraudulently acquired, a reason petitioner argued she was not qualified.

However, fraud, the Judge said, was not pleaded by the petitioner, considering that, the law required fraud must be pleaded. Failure to plead fraud, according to the Judge did not, however, preclude the court from going into it.

This is because if there is evidence of fraud, the court cannot ignore it in this case under question.

However, the court contended that it would be inappropriate to launch an inquiry into the issue of fraud, considering that the issue in question was not about her Ghanaian nationality, but Ivorian nationality.

Therefore, going into her Ghanaian nationality would be an exercise of red herring, which has no bearing on the issue before the court.

In the opinion of the Judge, there appear to be something wrong with the particulars of 1st respondent’s Ivorian passport and that of her Ghanaian passport.

However, since the testimony were of no relevance to the issue set out for trial, he finds it unworthy.

This is because doing so would amount to setting a new case which would not be fair.

As Judge, he said,  justice must be served according to law and not based on emotions.

For this reason, petitioner failed to demonstrate 1st respondent was not qualified to contest the election.

Again, petitioner did not produce enough evidence to show that by contesting the election, respondent violated the laid down rules.

In the opinion of the Judge, by virtue of Article 48 of the Ivorian law, respondent renounced her Ivorian nationality when she filed to contest and that she was validly elected and have no reason to order for a re-run of the election. 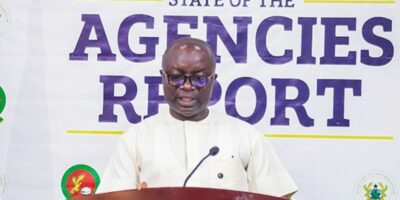 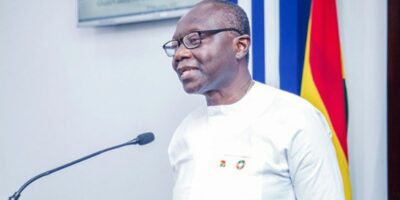 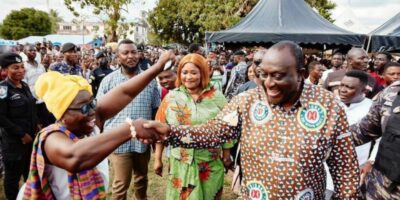 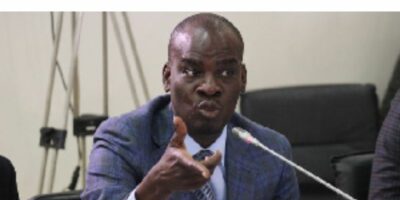 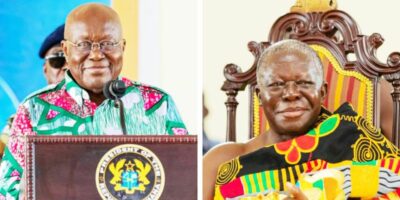 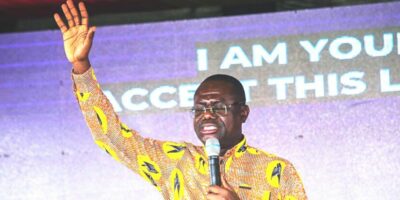