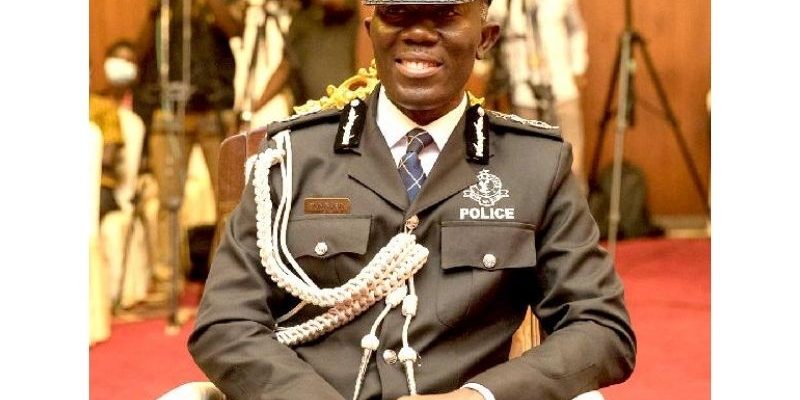 A former Deputy Registrar of the Judicial Service, Ebenezer Nii-Bi Adjin Ayi-Bonte, has complained to the Inspector General of Police (IGP), Dr. George Akuffo-Dampare, that the police at Ngleshi Amanfro have, since 2014, failed to produce a copy of an indenture that he submitted to them.

Mr. Ayi-Bonte stated in a petition to the IGP that a copy of the indenture was urgently needed, because some unscrupulous people were encroaching on the land.

Due to this inconvenience created by the Ngleshie Amanfro Police, the petitioner said he was finding it difficult to prove his case – that the late Chief of Ngleshie Amanfro, Nii Kwashie Gborbor III, signed the indenture covering his land.

The petitioner, who is currently a pensioner, in a letter addressed to the IGP dated September 30, 2022, stated that he was going through a lot of stress because of this matter.

He said although Nii Kwashie Gborbor III died on January 2005, some individuals with malicious intent had resorted to forging the deceased Chief’s signature to sell land, including his, in the community.

According to him, he had valid documents to prove that the deceased Chief was no more, therefore, any document carrying his name and signature after 2005 was a forgery.

Meanwhile, the petitioner indicated that when he first petitioned the Property Fraud Unit of the Ghana Police Service over the matter, and an invitation was extended to the suspects, only a few chose to honour it.

“That the Property Fraud Unit requested the police docket from Ngleshie Amanfro Police Station, and he accompanied the investigative officer in the case to the Station Officer in charge at the time, who said they would search for the docket,” he said.

The petitioner reiterated that to date the docket had not been found, allowing suspects and encroachers to take advantage of the situation.

Mr. Ayi-Bonte added that he had other documents covering the property in question, and had gone to every length to fight the case, but the suspects and trespassers would not back off.

As a lawful citizen, he said, he had decided not to take the law into his own hands, hence, the need for the IGP to step into the matter.

He added that although some of the trespassers were carrying documents or indenture outside his land, they were still building on his property. At the same time, all efforts to cease their illegal activities had proven futile.

“That the Ga South Municipal Assembly Task Force team have, on several occasions, been to the site to write notice of stop work and to produce documents, yet they have defied the orders.” He pleaded humbly with the IGP to accord importance to his grievance to stall illegal acts and encroachment on his property, and roads in the area.