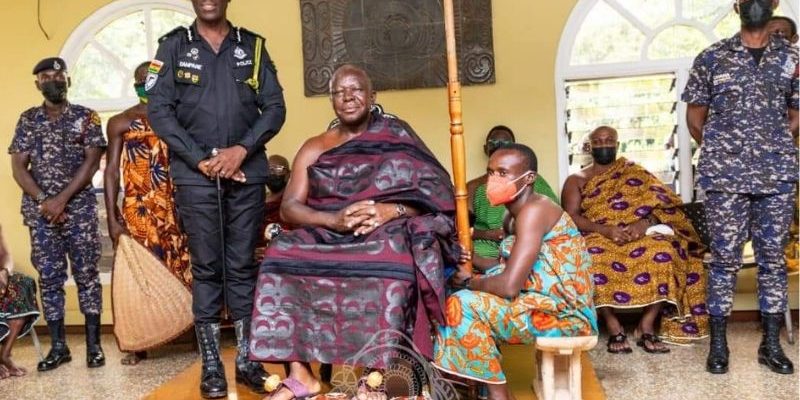 IGP Dampare and Otumfuo in a pose at Manhyia Palace

The Inspector-General of Police (IGP), Dr. George Akuffo Dampare, has given the assurance that his outfit, through a united work force, would put in more efforts to ensure safety in the country.

He said that for the love of Ghana, every effort would be put in the promotion of security to allow for smooth governance.

The IGP gave the assurance when he called on the Asantehene, Otumfuo Osei Tutu II, at Manhyia Palace in Kumasi last week, at the start of a working visit to the Ashanti Region.

The IGP noted that the work of his predecessors had been at their disposal, which had exposed them to the challenges and successes that came with it.

He expressed gratitude to Otumfuo Osei Tutu II for his good counsel which had yielded positive results in all areas.

The IGP was accompanied by Commissioner of Police (COP) Nathan Kofi Boakye, Director General in charge of Legal and Prosecution. 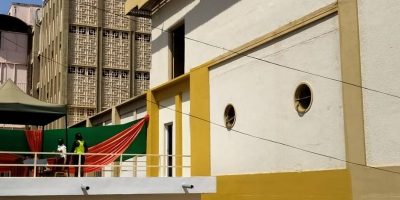