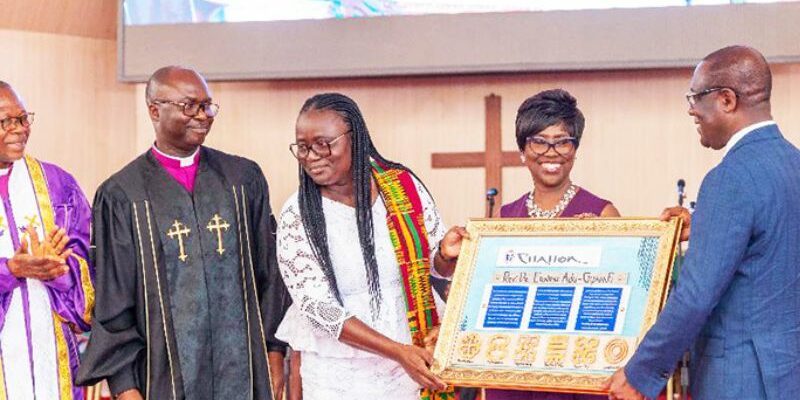 Professor Rita Akosua Dicson, Vice Chancellor of KNUST, presenting a citation to Rev Ernest Adu-Gyamfi, as the Vice President in-charge of Administration at the Ghana Baptist Convention looks on

Ghanaians from various parts of the country attended the retirement service to bid farewell to the past Executive President of the Ghana Baptist Convention (GBC), Rev. Dr. Ernest Adu-Gyamfi. The service, which was held at the Calvary Baptist church at Shiashie, in Accra, also recognised the hardworking members of the GBC Denominational Board.

Rev. Adu-Gyamfi served as the first Executive President of the Convention from 2014 until August 31, 2022 after serving in various capacities in the church, both in Ghana and abroad, for 49 years.

Rev. Adu-Gyamfi, who served as the Senior Pastor at the Charismatic Baptist church at Taifa, in Accra, for 25 years, also helped in the establishment of a number of churches in Kumasi and Accra. He is currently the Chairman of the National Peace Council Governing Board.

Professor Opoku Onyinah, in a sermon admonished Christians to work hard and desist from attributing everything to mystery, as he cited the major role played by Rev. Adu- Gyamfi in the history of the Baptist Convention and Christianity in Ghana.

According to him, while Christians strive for perfection as enjoined by the scriptures, they should prioritise the support of humanity, instead of emphasising on spirituality in their daily routine, at the expense of their work.

He also commended Rev. Adu Gyamfi for his selfless leadership qualities that have not only led to the visibility of the Baptist Church locally and internationally, but also having trained and raised leaders for the advancement of the work of God.

Rev. Adu-Gyamfi thanked the church and members of the Baptist Convention for their support during his tenure.

He said the success achieved by the Convention, as part of a five year strategic plan, wouldn’t have been possible without the support of the church and its ecumenical bodies.

Rev Adu-Gyamfi also bemoaned the rate at which the youth were quick to engage in ungodly practices to enrich themselves overnight, without recourse to the consequences associated with that.

He, therefore, used the opportunity to advise the youth to be focused, disciplined and not to allow any excesses to distract them from achieving their goals in life.

The occasion was also used to honour the Immediate past Chairman of the Church Denominational Board members, who have served in various capacities.

A book titled ‘My Journey, My Legacy’, authored by Rev. Dr. Ernest Adu-Gyamfi was also launched. 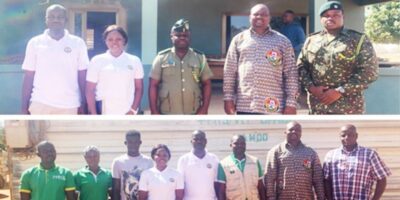 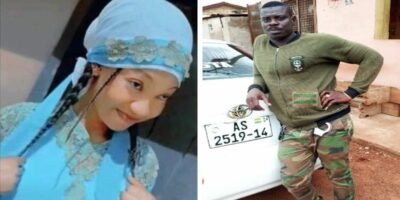 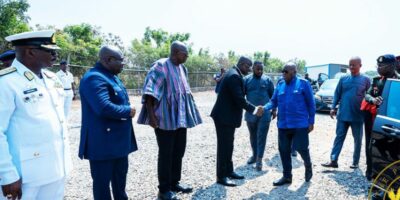 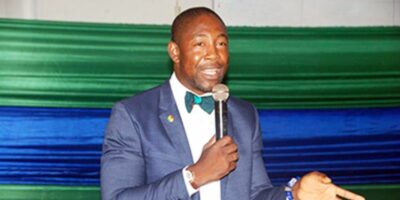 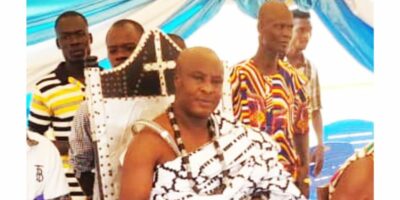 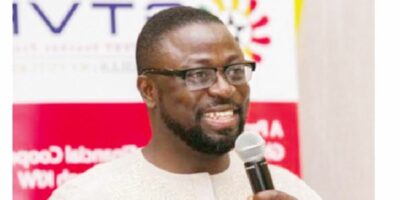