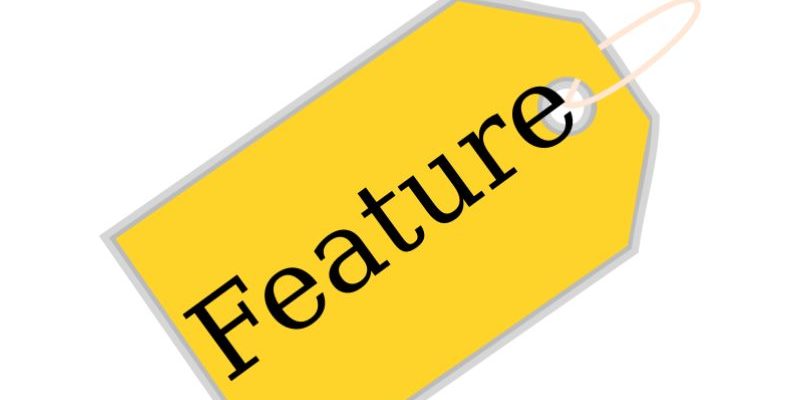 In this method, one is lured, coerced or forced to do what he or she never intended to, just so evidence is produced to show that he indeed committed that act.

Now, this is one thing which God loathes, to lead someone into temptation (and to fall into sin). God does not tempt as stated in James 1: 13, and here someone will draw my attention to the Lord’s Prayer and to the part that states, “And lead us not into temptation.

There was a twist in the translation into English. Jesus spoke in Aramaic and what He said was, “La Talan Ni Siona,” which directly translates to mean “And do not let us enter into temptation.” This is exactly what Jesus Christ said and this can be found in the Spanish Bible.

Humans as we are, we are all sinners and each and every person has a weak point, which when triggered, one could easily fall into temptation and subsequently sin. And God does not want the downfall of man (2 Peter 3: 9).

Anas’ method of entrapment, which is illegal by law, is praised by some people. “If that is the way to catch corrupt people, then so be it.” Unfortunately, Anas’ method has not yet been put before court, that is why people are talking the way they are.

The level of resistance from temptation may vary from person to person, so one can hear some people saying, “Anas can never get me,” and they go ahead to condemn his victims. Well, such people should never think they are too righteous to fall into sin. 1 Corinthians 10:12 is a warning to them.

In John 8:7 when the adulterous woman was dragged before Jesus and demands were made for her to be put to death as the law of Moses stated in Leviticus 20: 10, Jesus made a statement. He asked that any one of those who condemned the woman and knew they had not sinned before should cast the first stone.

Jesus did not direct this to those who have committed adultery before, but spoke directly about sin in general. This should indicate that no sin would be able to pass before God. So, as one condemns another of committing a particular sin, he or she must be mindful that they do not have a perfect score on their score sheet.

Human as we are, we will condemn those who have done inappropriate things, but our responsibility is to correct them and draw them to God.

The Sacred Scriptures has a beautiful story about entrapment and what happens to those who entrap. In the Book of the Prophet Daniel and in the thirteenth chapter, is this story about a beautiful, God-fearing married woman called Susannah.

Two elders of the community, wanted to have sex with her and if she refuses, they will turn her in and say that they caught her in the act of adultery. With such a charge coming from highly respected men, she would face the death penalty by stoning.

In condemning them to death, Daniel made this statement in verse 57, which is relevant to this submission, “This is how you have been treating the daughters of Israel, and they were intimate with you through fear; but a daughter of Judah would not tolerate your wickedness.”

People receive monies from Anas, not knowing that they were filmed and voiceovers in the video will come out that they were receiving bribes. Some, outrightly rejected any form of offer and in the case of some judges, they threatened to jail Anas and his TigerEye team.

The problem with Anas is that he would set out and target certain persons or institutions and throw in baits to grab fishes to make his stew of investigative documentary very palatable and inviting. And he calls it “to Name and Shame.”

Some like referee Samuel Sukah of Ghana knew he was being bribed to spike a match, and he accepted it believing he was dealing with Hearts of Oak Club officials. Some like Kenyan referee Aden Range Marwa thought he was just being given a gift, which he had earlier refused to take.

He accepted $600 to determine the outcome of a Kenyan Premier league match and as a result got kicked out of the 2018 World Cup in Russia. And others like Kwesi Nyantakyi thought they were collecting their own money but the documentary came out to indicate that they were collecting bribes.

The question to ask is that who is funding Anas and what is that person, group of persons or institution getting in return? This is what Ghanaians must be seriously considering now.

In just one episode, hundreds of thousands of cedis and dollars would just be dished out like broadcasting of seeds. Arrangements would be made to get commoner Arabs to dress smoothly like billionaires and lodge in expensive hotels in their countries, just to trap the Ghanaian businessman or political office holder, targeted by Anas.

How much are these guys paid for the jobs they do? Who is going to pay them for the jobs done? Yes, just who is doling out such monies? But most importantly, how do they get their return on investment? These are serious things to consider and to investigate.

Corruption is worse in the West than in Africa, but afro-barometers will not tell the truth. Western investors will come in and entice our authorities with say $1,000,000.00 to give us bad deals, and in the end they will gain $10 billion from it.

Obuasi should have been more beautiful than Johannesburg which is also a gold mining town, yet our Obuasi looks like a shanty town in the midst of such wealth, just because of corrupt deals instigated by the West.

France collects for free, $500 billion every year from Francophone Africa as Colonial Tax. This is something all of Africa must rise up against.

Yet, we have in our midst a group of fellows, led by prominent journalists who signed into a contract with BBC and some other, just to entice Ghanaians to appear to be corrupt so that they get videoed to show to the world that Ghana is the most corrupt nation on earth. Anas is set to destroy this country.

The true undercover investigators will not show their finding to the public, but Anas will do just that and basked in glory as the most incorruptible person in Ghana.

The question then comes, how holy and righteous is Anas?

There are issues on the table which he is yet to respond to and clear his name.

He is alleged to confront his victims and negotiate a bargain price so that he would drop their exposé. If they fail to pay, the video comes out into the public domain. Did he do just that in the case of the exposé he had on Parliament during the Mills/Mahama administration? He had promised to show us this piece yet to date nothing has come up, while other videos are shot and shown.

A video is making rounds of some gentleman who looks like Anas illegally acquiring land property in Tse-Addo in Accra. He was harassed by the land owners and his name was mentioned as the culprit. If Anas is not the one, then it is quite strange that he has not stepped out to deny that allegation. Such an experienced investigator as he claims to be, should have found out those tarnishing his image.

The question is how clean is Anas to pick and choose the unclean? I am not in any way defending all those caught on camera in his exposé, but I only want to point out that even if they were corrupt people, the fact that they were not set, at that time, to take “bribes,” but had been entrapped to do just that, I will blame Anas more than I will blame them.

Both sides are to blame though, but the Lord is watching and warning Anas, that the fact that temptation to collect bribe is inevitable, the one who lures someone to collect bribe faces judgement and the worse punishment.

In Anas’ exposés, there was never an instance where those alleged to be collecting bribes, were actually in that business with their clients or customers. The bribes are always given by Anas and his team who are not there to do any business. Does this not call for more consideration in this matter?

This latest episode, Galamsey Economy was recorded in 2018. Assuming that the war on galamsey had been won and our forests and water bodies have been reclaimed, would Anas have shown this video, in 2022?

Anas and his manager, Kweku Baako Jnr, claim that part of the video was stolen and someone was found brandishing it. So, why did they not take that person to court to answer charges of possession of stolen goods?

For sanity to prevail, I will recommend that all of Anas’ videos, original and duplicate copies, must be retrieved and cyber experts must thoroughly examine them and give their findings to the courts who will deliberate on the matter. And all his victims should go to court, with Anas as the respondant to judge the cases.

Ghana must find better ways of fighting corruption and stop commending those who use corrupt means to tell us who and who are corrupt.

Players missing out on World Cup 2022 due to injury 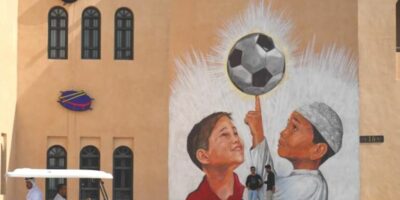