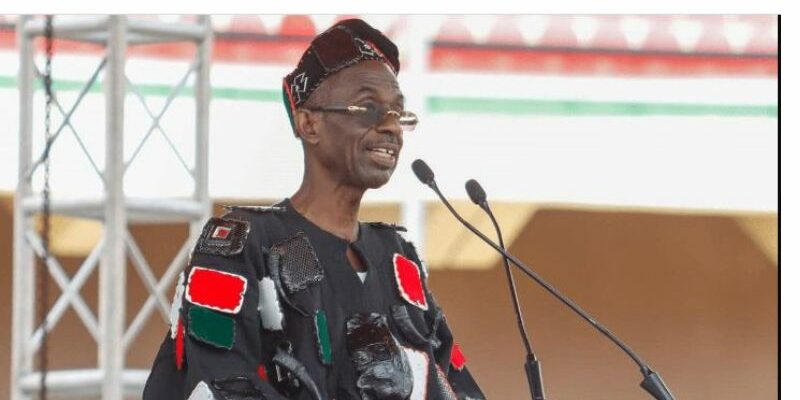 A certain man asked me? Who will win the NDC chairmanship race?” Without giving a thought over the question, I promptly responded: “Asiedu Nketia!” The man looked shocked and asked? “Why not Ofosu Ampofo?” Firstly, I told him, I am not a National Democratic Congress (NDC) member, and went on to explain why General Mosquito should lead that party. He appreciated my wisdom. I will not want to state here all that I said, or it will get into the head of my friend, General Mosquito.

I must say that I was not surprised, when news broke that Hon. Johnson Asiedu Nketia was elected the chairman of the NDC.

I cannot recall when I first met Chairman Johnson Asiedu Nketia, but I remember when he was given the rank of a general or was he the one who conferred that rank on himself? I think I remember, now. It was when Chairman Rawlings decided that all his secretaries of state must undergo military training. After that ordeal, when Jerry visited the new military officers, who stood attention, at their passing out parade and ceremony, he got to Johnson and asked his rank. “General,” was the respond and so Ghana had another general, who has come to be known to all, as General Mosquito. Professor Yankah, would put it like this, Mosquito General Asiedu Nketia. Wow, this sounds more like a high-ranking military officer. Mosquito General.

Once in a while, our paths will cross and it is always jokes and laughter.

At the Nkoranza-North bye-elections, on March 13, 2007 I was posted to monitor from a distance, a polling station at Tankow near Pinini. During the course of the elections, General Mosquito, the late Ama Benyiwa Doe and another from the NDC came along. We started chatting, joking and laughing as if we were siblings. I turned and saw one of the NDC polling agents, a beautiful young lady, seated and very angry seeing that her people were freely missing with an enemy. I signalled to Asiedu Nketia and Ama and we all bust into laughter. The lady thought we were enemies, we said.

Whenever I encountered Johnson Asiedu Nketia, I will address him as a general who never wears uniform. In March this year, at the funeral of the late La Mantse, Nii Dr Kpobi Tettey Tsuru III, I met ex-president John Mahama seated with Asiedu Nketia and others. I reported the then general secretary to the ex-president, complaining about the fact that he never wore his uniform in public. John Mahama laughed and told me that General Mosquito is an MI.

Even though the NPP and the NDC belonged to different traditions, who seem to be at each other’s throat, with people like Asiedu Nketia on the NDC side, and Nana Akomea on the NPP side, there is that slim hope that these two parties can one day think about Ghana and unite all divided fronts for the wellbeing of this nation.

It was very wonderful to hear that when NDC’s Asiedu Nketia lost a parent, NPP’s late Sir John was with him all through the preparation, burial and funeral. This is the beauty of multi-party democracy. We must only agree to disagree. Insults, lies, back biting and fights do not make a nation. There are many homes in this country that some members belong to the NPP and others belong to the NDC. Yet, in these homes, there is always peace, love and togetherness.

Relationship between politicians in high places of the two parties can be said to be very cordial, very friendly. What many Ghanaians do not know is that after the insulting spree and fights in the chamber of Parliament, the adversaries would walk hand in hand into the Coffee room on the same floor.One would order food for both of them and they will sit and chat like very good friends. During this get-together, lobbying for contracts and projects will be laid on the table. The MP who belongs to the ruling party will do everything he or she can to fulfil the request of the MP in opposition.

Hon Kyei-Mensah-Bonsu of Suame Constituency and Rt Hon Alban Bagbin then ofNadowli West Constituency as such very good friends and brothers, that Kyei Mensah could go to Bagbin’s constituency and campaign for him and Bagbin could also go to Kyei Mensah’s and ask the electorate to vote for him. In both cases, the two MPs side-lined their parties’ candidates and campaigned for the opponent.

Yet, those in the lower rankings are all about fighting and killing each other because of politics.

Chairman Asiedu Nketia, is one such person who even though he seems very wild and rough on the NPP, in his heart and soul, he loves people of the opposite party.

Witty as he is, Chairman Asiedu Nketia, can spark laughter from his jokes, speaking impeccable Twi just like the late Sir John of the NPP. With all respect and great humility, this is a general who will never sanction any war.

Ofosu- Ampofo, is in court for instigating NDC party members to create violence and even annihilate certain personalities in this country. This is very alarming because there is a risk of Ghana entering into a state of carnage and confusion if the NDC is continuously led by the likes of Ofosu-Ampofo.

There was another video which made rounds in social media where in the presence of Ofosu-Ampofo, an NDC member was bold to announce that in the next NDC government, they will only take care of themselves and not be bothered about Ghanaians or even NDC members in the lower ranks.

Mosquito-General Asiedu Nketia, is sure to infest the NDC with his methods of handling matters which end up in laughter, joy and peace. We miss Sir John. If he had been around, as an NPP high ranking member, he would be able to unite with Asiedu Nketia, and the two parties will begin a path of peace.

We all know General Mosquito to say things just as he sees them and we remember when Rawlings was making so much noise to gain attention from the NDC when JEAM was president, Asiedu Nketia calmly and politely called the founder of the NDC, a barking dog.

The post of the General Secretary went to Hon. Fifi Kwetey. This is one person who is hot headed when it comes to dealing with members of the UP Tradition. He goes about setting records straight, but unfortunately, he rather ends up bending the records. He is a fine gentleman though, and he is somebody who would clinch to whatever and whoever he loves. He is so blinded that he will go out of the way defending where he belongs to, even if without being objective.

Fifi is my in-law and we argue about anything except politics. We respect each other’s diverse opinion in this matter. He is a nice man, not withstanding his rough edges. He is one person who anyone can enjoy his company.

With Fifi, now the General-Secretary of the NDC, I will only advise him to be infected by the bites of Mosquito, who is now leading his party. Fifi must now talk in the way Asiedu Nketia used to when he was general secretary. And he must speak Ghanaian English like the immediate past GS, not in the King’s English which he always tries to rant and rumble when speaking.

It will be very interesting to see a new look Fifi Kwetey addressing party members in particular and Ghanaians in general. I know he can do that and come out a changed person. In all things, I know what he is capable of, he is the best person to replace Mosquito-General Asiedu Nketia. Ghanaians will soon see the clear similarities between him and NPP’s JFK.

The NDC is now under a new regime, with Johnson Asiedu Nketia in control of affairs. He can lead the party to the table where all political parties will resolve to put Ghana first. To make Ghana, a nation where politics, ethnicity, religion, sex and ideology will unite us rather than divide us.

Congratulations to Mosquito General Asiedu Nketia for becoming the chairman of the NDC and also to Fifi Kwetey for becoming the new general secretary of that party. And congratulations to all the new NDC party executives. And as executives, you should all know that you are now elders and must behave as such. No more of that foot soldier conducts and behaviours. Tackle all issues with such maturity and ask the Lord God for the gift of wisdom and humility so that together with the NPP, Ghana will move forward.

Another big shout out to my cousin-in-law by marriage, the ex-president, H.E. John Mahama. Your Excellency, now that the general has been elevated to the highest rank, he must be made a field marshal now and I will insist you force him to start wearing uniform. There is no field marshal in the Military Intelligence unit (MI). And it is only when he is in uniform that his unit can be identified when he sits in the Council of Joint Chiefs of Staff meetings.

As for my in-law, Fifi Kwetey, please let him not be promoted to general. He should maintain his other rank designation of W.O, because he still has that “Choo booii and babies with sharp teeth”syndrome in him. And Ghana can’t afford having him leading some downtrodden in the NDC to war. Let him maintain in his W.O rank. We will continue to love him, like that, thank you.

In all this, it is good news that the NDC has at long last being infected from the bites by this big political mosquito, General Mosquito.

Ronaldo’s sister describes Qatar world cup as the worst ever

Benefits, Uses, and Everything about Goat Milk 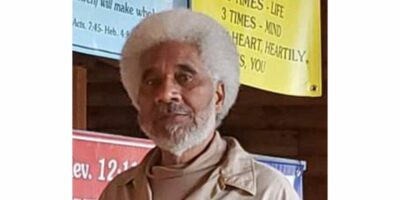 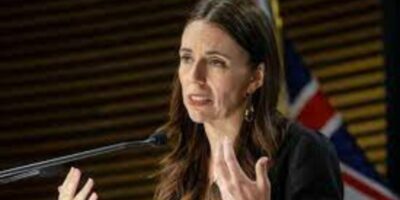