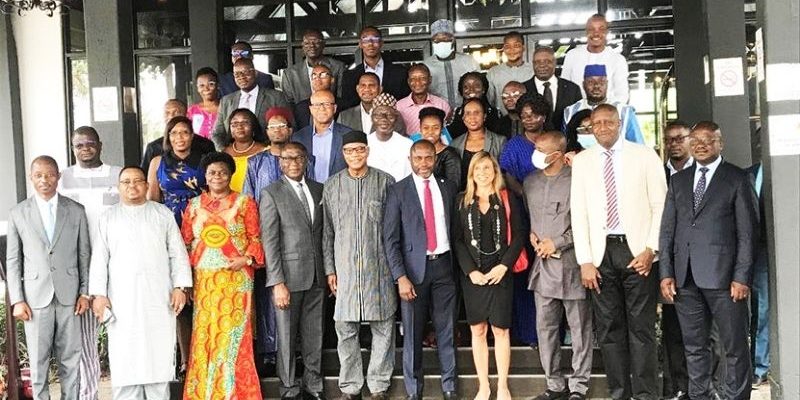 A group photograph of participants 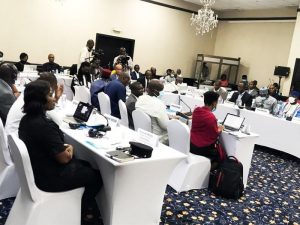 A section of the participants at the workshop

In a speech delivered on behalf of the Minister for the Interior, Ambrose Derry, by Madam Adeliade Annor Kumi Chief Director at the ministry bemoaned that the West African sub-region faces numerous challenges in the form of electoral disputes and coup d’etats, which undermine the stability of the countries.

He made this known in his speech yesterday, in Accra, at the “Regional Lessons Learnt and Experience Sharing Workshop” on the implementation of the Electoral Violence Monitoring Analysis and Mitigation (EMAM) project, as part of WANEP’s democracy and governance program in West Africa.

According to Dery,  “the West Africa sub-Region faces numerous challenges that continue to undermine efforts towards its stability. Electoral disputes, coup d‘états and election-related violence are among key security challenges that not only threaten national peace but also regional peace and security.”

The Minister affirmed that as part of the implementation of the EMAM project, West Africa Network For PeaceBuilding (WANEP) partnered with the National Peace Council to establish and coordinate the National Election Response Group (NERG) and three satellite Regional Election Response Groups (RERGs) in Kumasi in the Ashanti Region, Tamale in the Northern Region and Ho in the Volta Region.

In this regard, he added that the ENAM project would continually be useful for sustainable peace in Ghana and beyond.

The Executive Director of WANEP, Dr. Chukwuemeka B. Eze, in his address, disclosed that the foundation of countries’ democracy has been threatened by “contemporary challenges to elections and democratic governance escalated by election disputes.”

According to him, some analysts have pointed out that this is as a result of “fiercely competitive nature of our elections, with existing perceptions and practice of a ‘winner takes it all’, which further reinforces party politics along parochial, ethnic or religious lines, rather than on ideological basis.”

Moreover, Chukwuemeka B. Eze stated that it is within this state of affairs that WANEP, as a regional network of civil society organization, continues to be inspired to provide innovative ways for a multi stakeholder response to electoral dispute and violence in West Africa.

The Former United Nations Special Representative of the Secretary-General for West Africa, Dr Mohammed Ibn Chambas, in his key note address noted that the West African regional trajectory of democracy has been an interesting one, characterised by waves of democratisation and of regression.

This, he reinstated, that Political instability and insecurity in the region grew significantly in the 1990s, to set the basis for the adoption of the ECOWAS Protocol, relating to the Mechanism for Conflict Prevention, Management, Resolution, Peacekeeping and Security, signed in Lomé in 1999.

Dr Chambas added that “Additionally, in a bid to bridge the gap between the aforementioned principles and initiatives, the regional body adopted the Protocol on Good Governance in 2001 as a supplementary to the 1999 Protocol.”

He affirmed that with these West African regional and continental frameworks in place, the outlook for democratisation was bright and we were hopeful that our region was well positioned to address the factors driving political instability and insecurity.