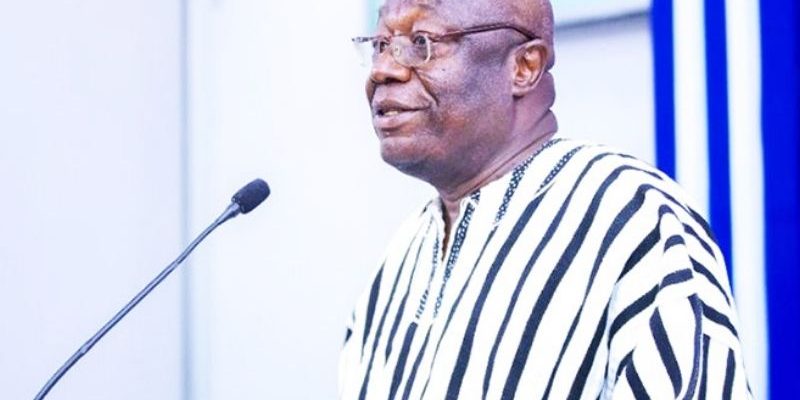 The Minister for Environment, Science, Technology and Innovation (MESTI), Dr Kwaku Afriyie, has noted with concern how cocoa production in the Western North region has whittled down from 400,000–150,000 metric tonnes due to climate change.

Dr Afriyie who was speaking at a news conference in Accra yesterday bemoaned the toll climate change is having on Ghana’s environment and the need for the country to marshal its resources to fight it.

According to the Minister, Western North region used to be Ghana’s number one cocoa producing region contributing a third of total cocoa production.

The Minister who is also from the same region regretted that the cocoa producing belt has now moved southward and indicated that the region is now suitable for the growing of cashew nuts.

“A lot of you know that the Western North-Bia East and Bia West are the epicenter of cocoa production; not anymore. The cocoa belt is moving southward…Climate change is real and Ghana is paying the price for it.”

He was quick to add that indeed, Ghana produced one of the highest tonnages of cocoa two years ago, but that did not come from the Western North region. He said it was mostly from the Western South and Ashanti regions.

He stated that there are other factors contributing to this shift, but the major one is climate change.

He, however, noted that all hope was not lost as his ministry is working assiduously under an ‘Adaptation Fund Project (AFP)’ to curb the canker. One of the measures, Dr Afriyie mentioned under the AFP, was Carbon Financing.

He said the strategy is to mobilize finance from the carbon market and noted that the government had succeeded in forming cooperation with Switzerland, Sweden and Singapore to work with businesses to invest in climate actions in Ghana and exchange the resultant carbon credits for financial payments.

He also noted that under the Ghana-Swiss Cooperation, MESTI was facilitating the development of six carbon market projects involving private businesses in Ghana and Switzerland and mentioned some of these businesses as improved cook stoves, rooftop solar pvs, biomass briquette and others.

The Minister also indicated that his ministry was engaged with several international private sector entities that have expressed interest to develop and invest in carbon market projects in Ghana.

According to him, the Ministry was currently looking at plastics as a resource and moving away from the linear way of production, where things are used once and discarded to a closed loop system or a circular economy system where products, right from the onset are designed to ensure circularity.

“The Ministry is engaging the private sector companies who are into the recycling of plastics to determine their capacities in terms of infrastructure and the appropriate financial models required for the sustainable management of plastics,” he added.

He again said that “The Ministry is promoting the preventive approach to plastics management to complement the current system of Incentive based.”