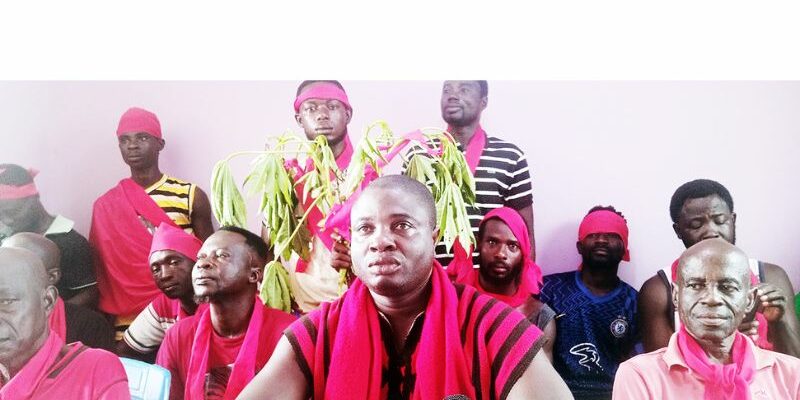 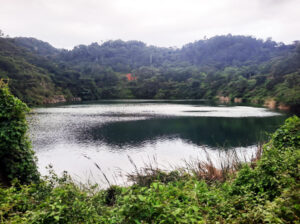 Residents of Okyerekrom in the Akrofuom District of Ashanti region on Tuesday protested vehemently against AngloGold Ashanti (AGA) Obuasi Mine for refusing to cover a large pit in the community, which had already taken the lives of ten indigenes.

The said pit is reported to have been dug by the company and abandoned in the year 2012.

Wearing red arm bands, the aggrieved residents marched through the town singing war songs and cursing the company for setting a ‘dead trap’ to kill them.

In a petition to the government and the company, Nana Adjei Amoako Gyampah II,

theOdikro of the town, said the company mined gold from the pit, situated at a farming area called Sibriso, and is about one thousand meters deep.

The Odikro said residents who farm around the abandoned pit or people who go hunting feel scared because of the open pit. He added that about ten people have fallen into the pit and died.

The Odikro said in 2020, he asked his lawyers to petition the company to come and cover the pit, but they have not responded positively to the petition.

Nana Amoako Gyampah also claimed that since AngloGold stopped its operations in the community, Okyerekrom has been cut off from towns benefitting from AGA Community Trust Fund that provides amenities to various communities in Adansi and described the company’s conduct as discriminatory.

“As a reputable company like AngloGold, we expect it to do the needful by covering the pit to make it possible for us to use the area for farming purposes, but unfortunately this has not be done”, he stated.

The Odikro has, therefore, given the company two weeks to respond to the petition failure of which he will contact his lawyers for the next line of action. He mentioned that the community will consider demonstrations and court action as available options.

Attempt made by The Chronicle to speak to AngloGold Ashanti for its side of the story failed. Though this reporter called the Senior Sustainability Manager, Emmanuel Baidoo on his cell phone, he failed to pick up the call. 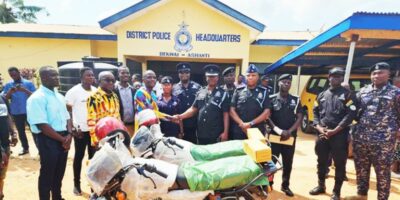 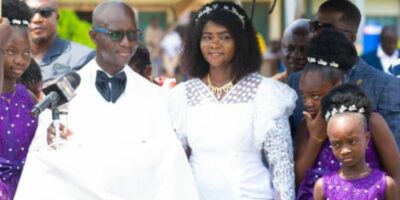 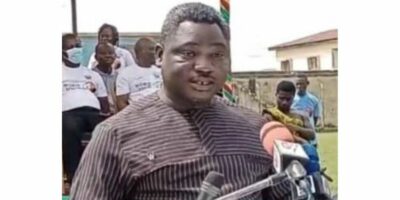 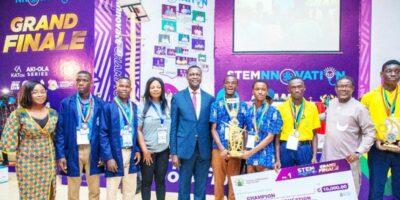