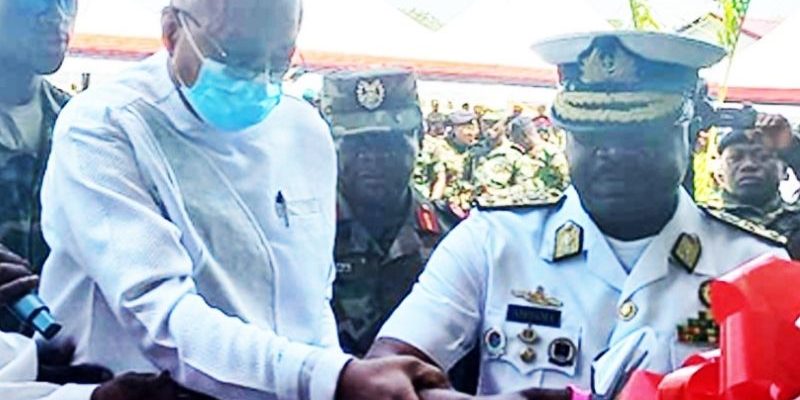 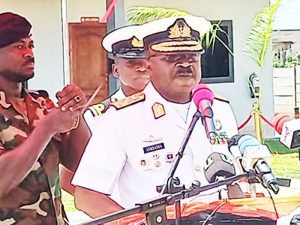 His call was underpinned by a new building constructed at the Burma Camp through a PPP arrangement to house the Headquarters of the 64 Infantry Regiment.

Delivering a speech at the commissioning of the 64 Infantry Regiment Headquarters Complex in Accra, the CDS said the Military High Command, in pursuit of supporting the government’s efforts, would continue to embark on PPP arraignments, as a way of easing the burden in the short term.

He also said the construction of the office complex was supervised by various leaderships of the regiment, starting from the tenure of Lt Col Fiifi Deegbe, Lt Col Owusu Appah, and Lt Col Frank Agyeman who saw its completion. The CDS said the ultramodern office complex was fully funded by the Chief Executive (CEO) of Omni Group of Companies, Mr Zormelo as a gift to GAF. 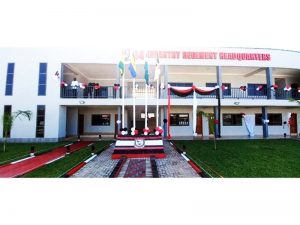 A picture of the new edifice

He was “particularly elated that the 64 Infantry Regiment through this strategy, with the support of a very patriotic Ghanaian, Mr Michael Zormelo,  and some partners have been able to build this edifice to enhance the administration and operations of the Unit. Such Public-Private Partnership bolsters Civil-Military cooperation and indicates strong civilian goodwill towards the military, which must be strengthened.”

Vice Admiral Amoama added that infrastructure development was necessary because the army needed a good working environment in terms of office space and accommodation.

“The expansion of the Ghana Armed Forces calls for corresponding adequate office space and accommodation for personnel. To address this, the Government of Ghana over the years has made efforts to bridge this gap through the provision of infrastructure for the Ghana Armed Forces,” he stressed.

He indicated that the 64 Infantry Regiment started as Force Reserve Battalion and was sharing office space with 153 Armoured Regiment, hence the headquarters is a dream come true. According to him, the new edifice is also a testament to the hard training, motivation, and leadership skills imbibed in them by Brig General George Partington (Rtd) and a reason it was named after him.

Vice Admiral Amoama indicated Brig-Gen Partington was a pioneer of the Regiment, and his sterling contribution, hard work, dedication and exemplary leadership towards the formation of the 64 Infantry Regiment are evident to this day.

Brig Gen Partington, on his part, thanked the CDS, officers, and personnel for the honour and urged them to continuously work tirelessly for the betterment of the army and the country as a whole.

In a speech read on behalf of Mr Zormelo, he said the Omni Group of Companies funded the project as part of the commitment to support economic development, community sustainability, and the role security play in providing an enabling environment for attracting investment and businesses into the country.

He said GAF plays a crucial role in this regard, therefore, the company will keep faith to continuously provide support and invest in the Ghana Armed Forces for effective execution of their mandate.

“This gesture is also in the recognition of the fact that the Ghana Armed Forces Base has been a centre of excellence of international repute. The professional training of our own officers and those from other African countries, and for this reason, Ghana today is held in high esteem, as a pillar of support and the beacon of hope in Africa in the matters of peace, order and security,” he said. 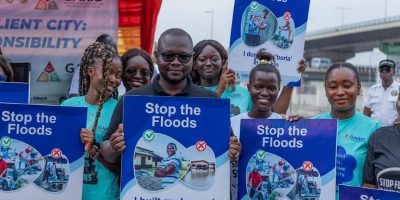 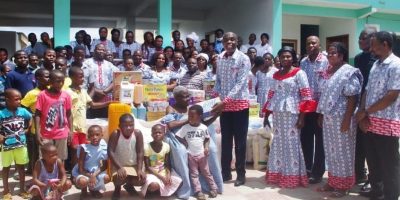 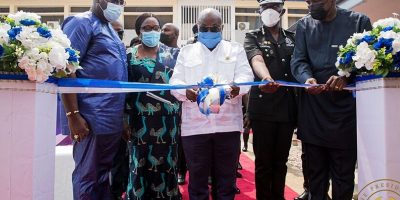