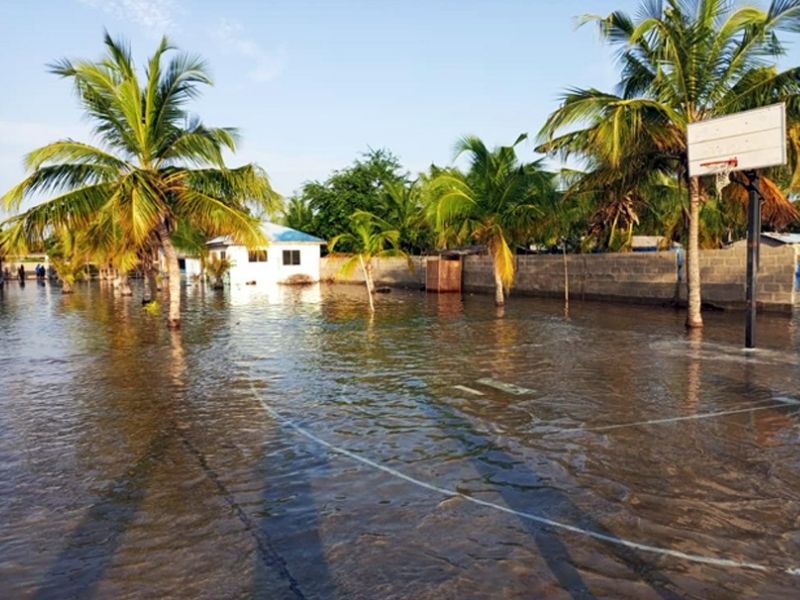 Some of the houses taken by the sea

Victims of the recent tidal wave disaster which has rendered thousands of people homeless in the Volta region, say their current plight could have been prevented if the present and previous governments had taken the bold decision to construct a sea defence wall for them.

According to them, a similar disaster struck them years back and the National Democratic Congress (NDC), which was in power at the time, failed to come to their aid. They regret that the New Patriotic Party (NPP) government is also doing the same by refusing to attend to the problem.

Speaking to the media at Dzita, Agbledome, Atiteti, Agokedzi and Fuveme, the victims who spoke out of frustration said there is no need for the NDC to accuse the current government of failing to come to their aid because they have done same in past.

The distressed victims recalled that a similar disaster occurred in March 2021, which rendered many residents homeless and jobless, with schools closed as a result of the destructive activities of the sea tide, but the government did not take any concrete measure to prevent future occurrence of the problem.

The victims told the newsmen that they are grateful to those who are sympathising with them but condemned the NDC, which is criticising the government, when they had the same opportunity in the past to remedy the situation but woefully failed to do so. 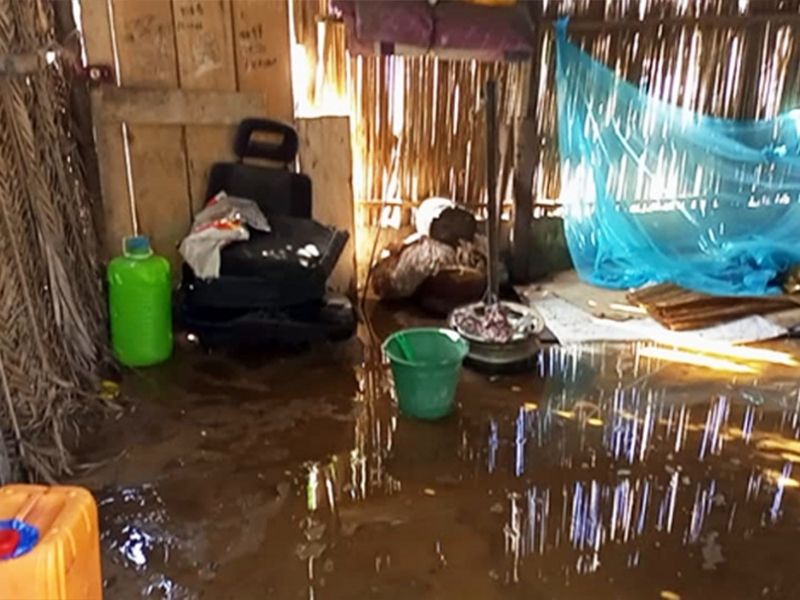 One of the victims, Mr Patrick Amevor, said the disaster had really affected him and his family and that it appears they are going to start life all over again.

Meanwhile, the Anloga District Chief Executive, Mr. Seth Yormewu, is appealing to the government to as a matter of importance put in place measures to provide the people who have been displaced by tidal waves with relief items and food.

Mr. Yormewu noted that the Assembly would have loved to go to the aid of the victims but they are financially handicapped, hence his appeal to the central government. He also appealed to groups and individuals to join hands with the government to ameliorate the plight of the people.

“We know the government is doing its best, it’s not easy but we are appealing to the central government for urgent attention for our people who are displaced. The issue with the devastating nature of the tidal waves has been a great burden to the people over the years,” Mr. Yormewu stressed.

According to him, thousands of residents in the affected communities, such as Fuveme and Kpokpogbor were nearly carried away by the sea, describing the current disaster as terrible.

He, therefore, pleaded with the government to appreciate the enormity of the problem and intervene immediately.

The Member of Parliament for Anlo Constituency, Mr. Richard Kwame Sefe, in the company of the Anloga DCE promised to help the victims with some relief items, as a short term measure, as the government looks for funding to protect the eastern coastal block with the construction of a sea defense wall.

Mr. Sefe noted that the current disaster was very alarming, which has created fear among the coastal communities and that it is important for the government to come in to protect them.   Failure to intervene, he continued, might result in a worse situation in four or five years to come.

The Keta Municipal Chief Executive, Mr. Emmanuel Gemega, who also spoke to the media noted that the current disaster did not affect only the Anloga District, but also Keta and the Ketu South Municipalities. He also appealed to the government to come in and help.

Mr. Gemega mentioned some of the affected communities in the municipality as Abutiakope, Kedzikope and Keta Central as areas that were badly affected by the tidal waves. The victims are mostly women and children.

However, the Ketu South Municipal Chief Executive, Mr. Maxwell Lugudor noted that even though government has a long term plan to  build sea defense wall to protect coastal communities, human activities, particularly illegal sand winning along the coast has contributed to the disaster and asked residents to report people engaged in illegal sand winning along the coast.

The Energy Transition in Sub-Saharan Africa