The Energy Transition in Sub-Saharan Africa

To raise the electrification rate of the African continent, African countries have been supported by developed nations through investments driven by agendas such as the Sustainable Development Goals targeting modern, reliable, and clean energy for all by 2030. The UN Human Development Index (HDI) includes a measure of electricity consumption per capita, effectively enabling countries to be assigned to one of three categories: Low-Watt (<1 MWh), Transition-Watt (>1 – <4 MWh) and High-Watt (>4 MWh) countries. But what needs to be considered is the population size in these categories. The low-watt countries are home to 3.3 billion people, with over 600 million in Africa alone, representing about 45% of the global population. The high-watt countries account for a population share of just 19%, or 1.4 billion people. The UN has set the Human Development Index dividing line between developed and developing countries at 4,000 kWh per capita. Sub-Saharan Africa’s (SSA) and Africa’s HDI sits at an average low of 474 kWh/capita and 600 kWh/capita, respectively, well below the World’s average at 3,520 kWh per person per year.

Effectively bringing any form of electricity despite it being modern, reliable, and clean electricity to nearly 3.3 billion people simply reflects the magnitude of this challenge. In terms of energy transition, this is a considerable problem. The population in the low-watt category, when confronted with either generating and consuming electricity with a considerably high carbon footprint or facing energy-poverty will without a question choose the former. The developed world needs to take responsibility and ensure that this generation is done as cleanly and modern as possible. 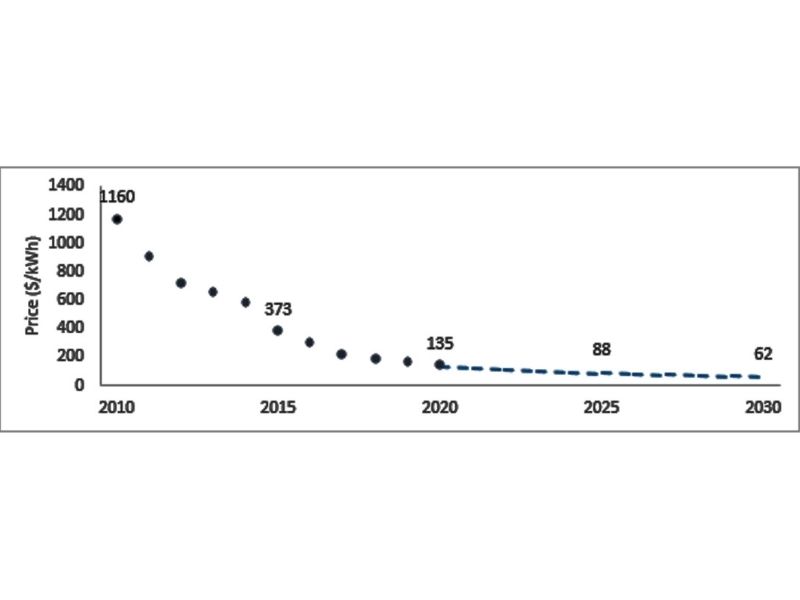 Foreign Direct Investment (FDI) that is funnelled to developing regions is shifting away from carbon-heavy sources towards more renewable and environmentally friendly options. This is a great driver of the energy transition, effectively allowing developing regions such as Africa to leapfrog investments into coal and develop renewables from the get-go. The continent is enriched in natural resources, spanning from vast renewable opportunities over natural gas to new technologies such as battery energy storage systems and green hydrogen. The opportunities are plentiful.

The issue with renewables, however, are the operational limitations and subsequent requirement to be coupled with some sort of battery energy storage systems (BESS), most prominently Lithium-Ion Batteries (LIB). Despite the already registered drop in LIB prices by 88% between 2010 and 2020 and forecasted further decline, energy storage prices remain high.

For renewables, which generally are classified as peak load energy resources, to work 100% effective, a base load source is required. The ideal source for this is natural gas, an abundant resource in Africa which would further qualify the region to become a key exporter of gas to the international market. An additional benefit of natural gas is the possibility of retrofitting the plants to run on green hydrogen, which has currently been identified as the cleanest energy source especially for the European market that heavily relies on its current gas supply from Russia.

Alternative voices have been raised supporting nuclear power as a baseload source. Nuclear power technology has come a long way since Chernobyl and Fukushima in terms of safety, however, there are some factors that challenge the suitability of nuclear power on the African continent. The main issue is the astronomical capital expenditure costs associated with this resource. Nuclear power agreements have historically been shrouded with secrecy but estimated total costs of one plant is around $25-30 billion, a sum way out of an average African country’s fiscal possibilities. African countries would therefore have to take out loans, which are typically structured in a way that repayments start between 10-13 years after the loan is made and continue annually for 22-28 years thereafter. Once these installments kick in, consumers will be faced with a massive burden with annual interest rates potentially reaching up to 40%.

In conclusion, Africa needs to be supported on its path to secure, stable, feasible, reliable and clean energy. Ideally through the combined use of peak load renewables (Solar PV/Wind), energy storage solutions and natural gas as a base load source until green hydrogen becomes commercially available.

0 Comments on " The Energy Transition in Sub-Saharan Africa"