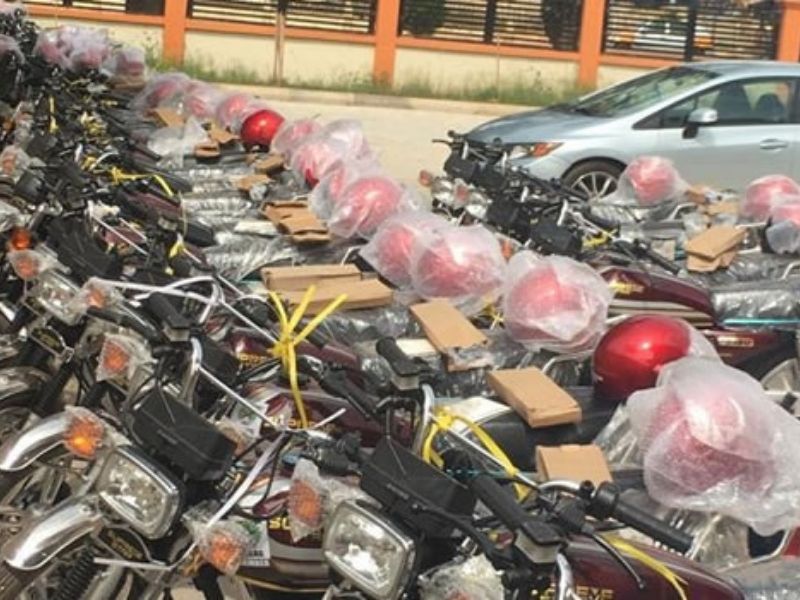 The Municipal Chief Executive (MCE) for Sunyani in the Bono Region, Mr. Ansu Kumi, has presented 49 motorbikes to all assembly members in the Sunyani Municipality to facilitate movements in their various electoral areas.

It is the second time assembly members in the area have taken delivery of motorbikes from the government since the Akufo-Addo-led administration took over from the erstwhile Mahama administration.

Presenting the motorcycles, Mr Ansu Kumi called on the members to use them judiciously to actualise the intent for which they were provided.

He reminded the members of the need to ensure punctuality at the assembly at all times to represent their respective communities.

As part of arrangements, the assembly would shoulder all the necessary documentation, including licensing, to avoid problems.

0 Comments on "Sunyani MCE hands over motorbikes to assembly members"