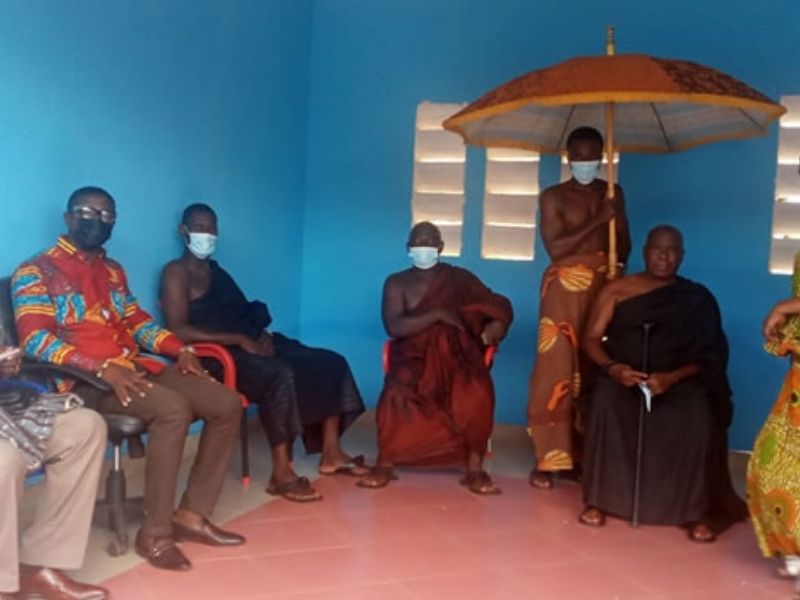 The chiefs at the palace

The Municipal Chief Executive (MCE) for Kintampo North in the Bono East Region, Mr. Isaac Baffoe Ameyaw, has paid a courtesy call on the chiefs and elders of the area.

The MCE also used the opportunity to tour some communities in the area.

His first point of call was a visit to some sub-chiefs of Kintampo to thank them for the endless prayer and support given him throughout his confirmation process.

He also appealed to the chiefs to collaborate with him by sharing ideas on how they could, together, develop Kintampo Municipality.

He promised to work tirelessly to help solve some pressing challenges in the area, touching on roads, healthcare, and education among others, as areas he would work on.

On their part, the chiefs also pledged their support to the MCE to be able to deliver on his mandate. They charged him to do more to mitigate the numerous challenges that the municipality was currently facing.